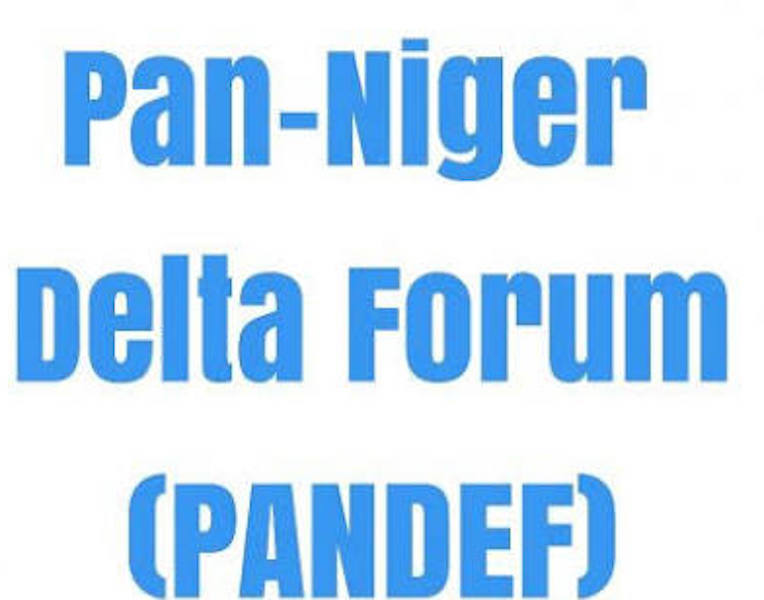 Pressure has continued to mount on President Muhammadu Buhari to reverse his suspension of Justice Walter Onnoghen as the Chief Justice of Nigeria, with the latest coming from Pan Niger Delta Forum, PANDEF.

The group described the action of the president as sad.

It said the haste with which the plan to arraign Onnoghen at the Code of Conduct Tribunal, CCT, raised suspicion.

According to PANDEF from all indications, it had become evident that the suspension of Onnoghen was political.

In a statement issued by its National Secretary, Dr. Alfred Mulade, PANDEF declared that it rejected the suspension and called for its reversal.

“The action of Mr. President in suspending the CJN, relying on a purported court order of the Code of Conduct Tribunal (CCT) is so sad, unfortunate, a show of brigandage and sheer demonstration of institutionalisation of illegality. It is akin to suspending the Constitution of the Federal Republic of Nigeria, and enthroning dictatorship, anarchy and principle of self-help. It must be rejected by all true lovers of Nigeria and the Rule of Law.

“It is important to recall that PANDEF had raised concern that the hasty arraignment of Honourable Mr. Justice Walter Onnoghen at the Code of Conduct Tribunal, coming barely one month to the general elections, was politically motivated, and was a ploy to force the CJN out of office without recourse to due process of law, to make way for enthronement of their own person, in this case, the Hon. Justice Ibrahim Tanko Muhammad, to their bidding. The speed with which this whole process was rail waded is alarmingly unprecedented.”

The group added: “Let all Nigerians of goodwill stand united on this matter and challenge this despotic action of the President, which remains illegal and unconstitutional, and therefore null and void.

“Let us restate that PANDEF and indeed the peoples of the Niger Delta region and the South-South shall not tolerate the lawlessness and continued persecution of our people by this Buhari-led Federal Government. We shall employ all legitimate means to demonstrate our insistence and demand on the reversal of the illegal removal of CJN Walter Onnoghen. This country belongs to all of us, and we are critical Stakeholders in the Nigerian State.”