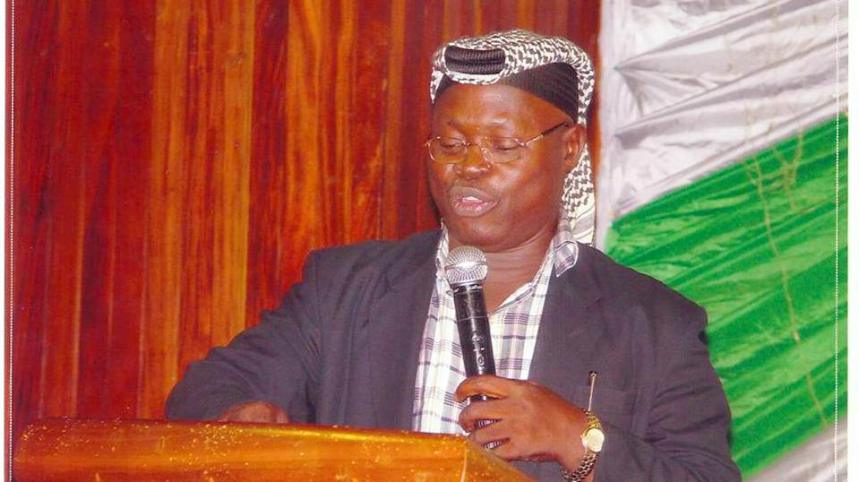 The group gave the warning as the NBA started its two-day boycott of courts in protest of the suspension of Justice Walter Onnoghen as the Chief Justice of Nigeria, CJN.

NBA described the suspension of Onnoghen by President Muhammadu Buhari as having been carried out without due process.

But in a warning issued on Tuesday by its director, Professor Ishaq Akintola, MURIC warned that the boycott would amount to taking sides with a man who had already admitted that he committed an offence.

The Islamic organisation said that they should realise that it was the poor Nigerians that would suffer the consequences of their actions.

Particularly, the group said the lawyers had unfortunately allowed their emotions to overwhelm them.

The statement reads:  “This boycott is sheer hocus pocus. It is poor Nigerians who will suffer from the NBA’s boycott. They have allowed their emotions to run away with them. The problem with our lawyers is that they see every problem, including political, as a legal problem. They do not look at other angles or think of other possibilities and solutions. They tend to corroborate an African proverb which says, ‘If the only tool you have is a hammer, you tend to see every problem as a nail.’

“We are talking about a man who sat at the helm of our judiciary here. This man has admitted that he ‘forgot’ more than a billion naira in his bank account. That, to us, is preposterous. It is alarming. Unfortunately those who know better because they are ‘learned’ are the same people staging a boycott to protect the billionaire Justice.

“Why can’t it happen here if it can happen elsewhere. Just last year, on June 20, 2018 to be precise, a judge of the Supreme Court in West Virginia, United States of America, Justice Allen Loughry who was accused of using his office for personal gains was suspended. His offence involved $363,000 worth of office furniture, having expensive office furniture taken to his private house and using government vehicle and gas card for personal use.

“That happened in a sane society. They have lawyers there too and his colleagues did not identify with the wrongdoer. So we need to ask ourselves if we truly want to sanitise this society. Perhaps it was this kind of sentiment that made Vladimir Putin, the Russian president, to conclude that, ‘To fight corruption in a corrupt system, you don’t follow due process, you follow the necessary process.’

“We are tempted to ask, ‘Where is the human face in the practice of law in Nigeria? We know the thief. He confesses to us. But we are the same people who will tutor the thief to change his confessional statement. We tell him to claim it was made under duress. We are the same people who appear for the Evans and the Oyenusis yet we go to the mosque on Fridays and attend church on Sundays. Do you think God is blind?

“MURIC appeals to the NBA to put humanity on the front burner in matters like this. NBA should not wish away Justice Onnoghen’s offence. It should be Nigeria first. No single person is bigger than Nigeria. Crimes like the one the ex-CJN is accused of are what turned this country into a wild jungle and NBA must join other patriotic citizens who are presently working day and night to return Nigeria to the comity of sane communities.

“We further appeal that the NBA creates an enabling environment for ordinary Nigerians to have access to justice. We should not be seen protecting the rich and powerful all the time, particularly a powerful man who has already admitted that he is the owner of incriminatingly humongous bank accounts when poor Nigerians are sentenced to long terms in prison just for stealing one tuber of yam. Ayn Rand has a strong message here, ‘When the law no longer protects you from the corrupt, but protects the corrupt from you, you know your nation is doomed.’”