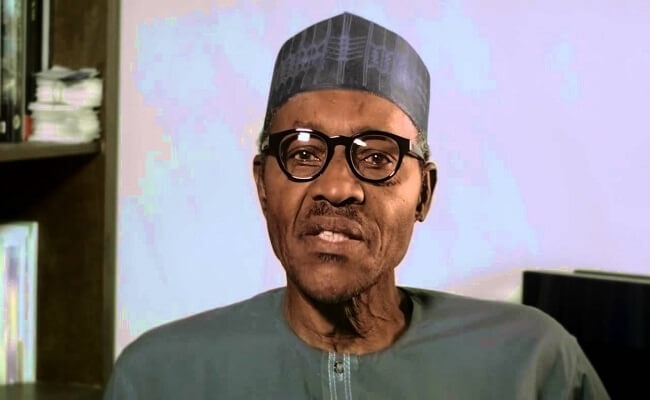 The Islamic human rights group, Muslim Rights Concern, MURIC, has suggested that President Muhammadu Buhari should apply the doctrine of necessity in order to steer the Nigerian ship safely through the stormy waters of judicial gridlock.

The group made the suggestion on Tuesday in a statement issued by its director, Professor Ishaq Akintola.

According to him, the step became necessary as a result of the outcome of Tuesday’s meeting of the National Judicial Council, NJC.

The doctrine, Akintola explained, is applied whenever there is a constitutional lacuna, such that a situation arises that the constitution did not envisage.

The president, in the instance, he said had to set aside conventional procedure and follow a path safest for the nation.

His words:  “From the look of things and in view of the fact that Nigeria is approaching a general election, we believe that the best thing President Buhari should do now is to apply the doctrine of necessity as applicable at every development before, during and immediately after the elections. This is in order to save the nation from constitutional crisis.

“To be candid, we are constrained to express reservations on the ability of the NJC to remain absolutely neutral in the issues being examined. Our fear arises from the composition of the NJC. About 60% of the membership are appointees of the CJN and the same CJN is being investigated. How can they assure Nigerians of their neutrality? Any CJN at any point in time wields too much judicial power in the present council as constituted. Government should therefore review its composition as soon as possible.

“The alacrity with which the two petitions against the Acting CJN were entertained raises our suspicion as there appears to have been a predetermined position not to allow him to preside over today’s meeting.

“There is every reason to be wary of certain sections of our national institutions. Senator Bukola Saraki claimed that Senate met and resolved to approach the Supreme Court on this same Onnoghengate but this has been debunked by other members of Senate.

“In view of the prevailing circumstances and in the interest of the nation, we strongly advise President Buhari to resort to the doctrine of necessity. The nation must not be allowed to grind to a halt. The chief executive will know how best to apply this doctrine but there is no doubt that it has become necessary.

“We know that all these crises arose because certain elements within the judiciary and among the politicians are diametrically opposed to the war against corruption. Interestingly, Transparency International (TI) just issued a fresh positive statement today about Nigeria. According to TI, Nigeria’s Corruption Perception Index (CPI) for 2018 has improved by four places. The country is therefore ranked 144 out of 180 countries that were surveyed in 2018. We commend President Muhammadu Buhari for this achievement.

“This should be good news to Nigeria, ceteris paribus, but here we are with prominent members of other arms of government constituting themselves into cogs in the wheel of progress in the anti-corruption war. It further goes to cement our suggestion that conventional methods may not give the government the much desired progress in its war against corruption. At the risk of sounding hostile to the principle of the separation of powers, we assert that nobody challenges the status quo with bare knuckles. Necessity may have to compel government to move at unusual speed.

“In conclusion, we express strong reservations at the composition of the NJC and the speed with which the Acting CJN was served with petitions. We suggest very strongly in the interest of Nigeria that Mr. President adopts the doctrine of necessity from this moment until there is palpable stability. We also recommend very strongly that the composition of the NJC should be reviewed in such a way that the power of the CJN is reduced to a minimum.”