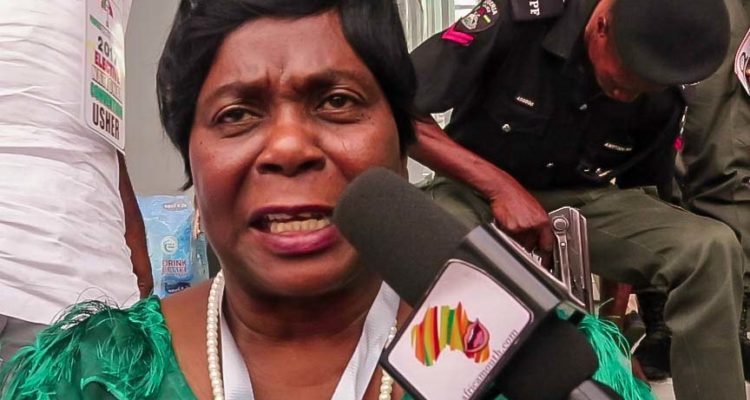 Senate Minority Leader, Senator Biodun Olujimi, on Tuesday described as mischievous, the All Progressives Congress, APC, Caucus members who dissociated themselves from the decision of the  Senate to seek at the Supreme Court interpretation of the suspension of Justice Walter Onnoghen as Chief Justice of Nigeria.

President Muhammad, on Friday, suspended Onnoghen and replaced him with Justice Tanko Mohammed.

But displeased with the action, the Senate on Monday filed a suit at the court to determine whether or not its power in that instance had not been usurped by the president.

But the caucus had said its members were not part of the decision to head to the court.

Reacting, however, Olujimi said it was usually the prerogative of the presiding officer to decide whether an issue concerning the chamber should be referred to the court for adjudication and that the position was supported by precedents.

Her words:  “I am surprised that a few of my colleagues in the APC Caucus are spreading disinformation that they were not party to the decision to file a case seeking interpretation of the provision of the constitution concerning the President’s decision to suspend the CJN.

“Those who are saying this are just being mischievous. They know such a decision is not meant for debate on the floor of the Senate. It is the prerogative of the presiding officer and in this particular case, majority of the people in Senate leadership suggested and supported the idea. There is no precedent of when decision on whether to resort to court is referred to the plenary. And there are several cases that the Senate has been and is still involved in.

“Incidentally, those our colleagues in the APC who are spreading this dis-information are those who have been in the Senate for many years and they know the rules, conventions and practices. That is why I consider their current position as mischievous.

“What do they stand to lose in our seeking judicial interpretation of the law? I believe as democrats and lawmakers, it should be our interest to strengthen the law and support the independence of the judiciary. This recourse to the Supreme Court will only strengthen our understanding of the law and clear ambiguities about the provision of the constitution which we all swore to protect.

“It has always been my position that Nigeria is greater than any person or party. Therefore, as legislators, we should always take position in the interest of the country and not allow partisan, party, group or individual interest to push us into taking a stand that will be counter to national interest. As members of the Eighth Senate, we have always agreed among ourselves to stand for Nigeria even when it is against the preference of our party. My colleagues in the APC caucus should return to this agreement. It is Onnoghen today, it may be somebody else tomorrow.”