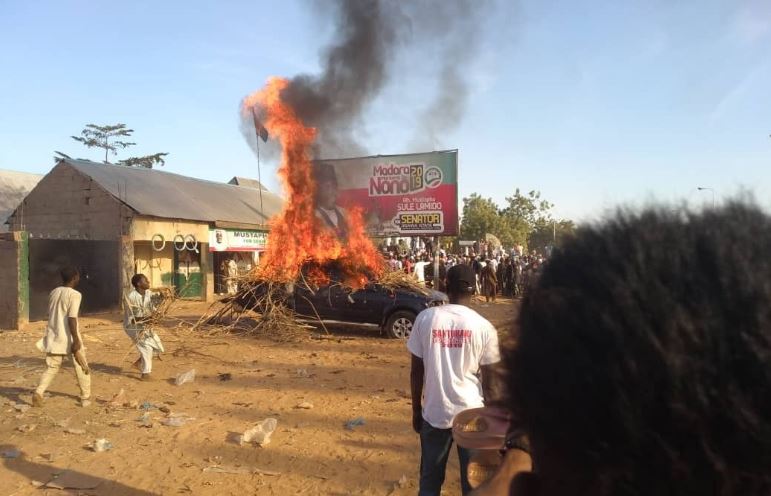 One person was killed and a police vehicle burnt on Thursday as a Peoples Democratic Party, PDP, rally turned violent in Jigawa State.

The rally which was held at Gwaram local government area was attended by former governor of the state, Sule Lamido, and many supporters of the party.

The rally it was gathered turned violent when a policeman in the process of maintaining peace shot dead one of the supporter of the party.

An angry mob soon went violent attacking the policemen at the event.