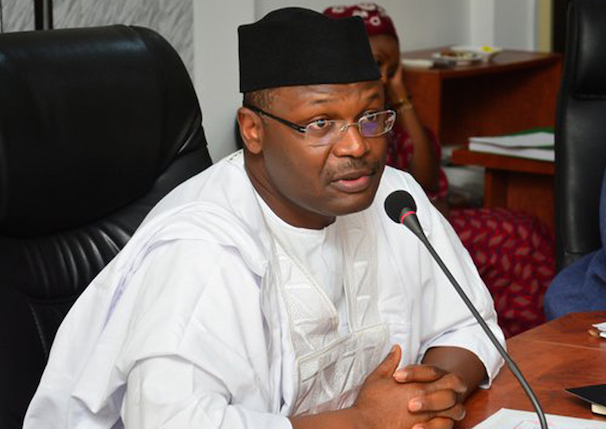 The Resident Electoral Commissioner, Independent National Electoral Commission, INEC, Ondo State, Ambassador Rufus Akeju, has reiterated the commitment of the Commission to providing water-tight security to all personnel that will be engaged in the forthcoming 2019 general elections.

The Resident Electoral Commissioner gave the assurance when he hosted the management team of the National Youth Service Corps, NYSC, in the state.

The team was led by the Coordinator, Mrs. Grace Akpabio.

The INEC boss said that all efforts geared towards making the elections a success security-wise had been factored in.

“I want to inform the NYSC team that INEC has just finished the training for the security personnel that would participate in the general elections. We engaged experts who took these officers on the specialised area of election monitoring, handling and supervision.

“I want to assure you that corps members and NYSC staff would be adequately protected alongside other ad-hoc personnel recruited for the exercise.”

Ambassador Akeju asserted that NYSC, being a special partner and indispensable stakeholder to the success of the elections in the country, would continue to enjoy the conferred privilege because of the long-standing relationship.

The INEC boss declared that corps members should not think that their participation in electoral duties was automatic.

According to him, on those that did well in the training would be engaged for the exercise.

Ambassador Akeju hinted that only 3,933 corps members would make the final selection based on “competence and available space at the local government of jurisdiction.”

He added that engaged corps members and NYSC personnel would be renumerated accordingly.

“All trained and deployed corps members and NYSC officials would be given training, meal and transportation allowance at the Registration Area Centres while election duties honorarium would be paid directly to their banks upon submission of necessary details to the Commission through their Electoral Officers respectively,” he said.

The INEC boss in Ondo State gave the assurance that the Commission had put in place the machinery to ensure seamless exercise.

He said that all security agencies and para-military organisations had been put on red alert to protect the lives and properties of all personnel that would be engaged and most especially the patriotic Nigerians serving their fatherland.

The State Coordinator, Mrs. Grace Akpabio said that it had become imperative to see the top management of INEC to clarify some issues.

Mrs. Akpabio said she called at the Ondo State INEC headquarters to know the security and welfare arrangements put in place for the corps members and NYSC staff that would be engaged for the 2019 general elections.

The coordinator made a passionate appeal to the REC in consonance with the directives of NYSC National Directorate Headquarters that corps members should not be deployed to flashpoint areas during the elections.

She requested that life jackets and tags should be made available to corps members that would be deployed to riverine areas to discourage mistaken identity by unscrupulous individuals who might want to take advantage of non-provision of those items.

“I want to make special appeal to the Independent National Electoral Commission to provide tags and life jackets to corps members and NYSC staff that would be deployed to riverine areas. This is to forestall any untoward actions by unscrupulous elements in the society as a result of non provision of such important items.”

She also requested that Assistant Directors and Local Government Inspectors that would be monitoring the conduct of corps members as a matter of obligation should be considered for adequate and commensurate remuneration.

The State Coordinator promised that NYSC would continue to make its services available to INEC in line with the Memorandum of Understanding signed with the electoral body to achieve fair, credible and acceptable general elections.