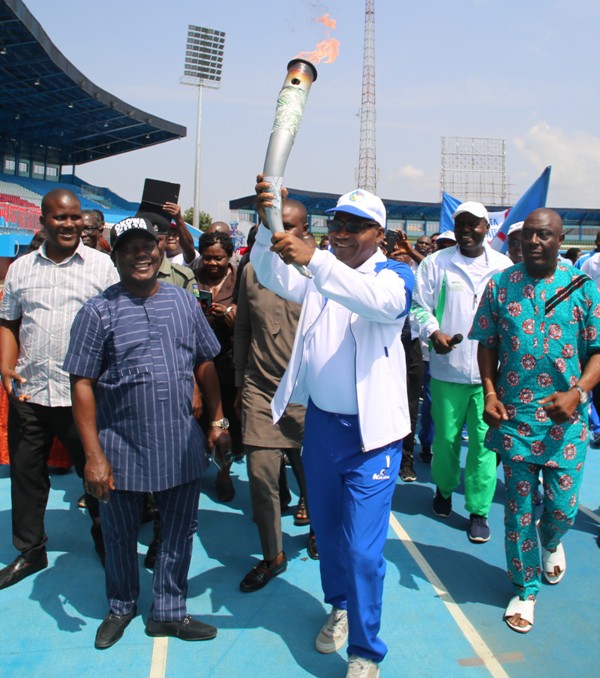 Okowa made the declaration on Friday, saying that everything had been put in place to achieve that.

According to the governor who received the Torch of Unity at the Stephen Keshi Stadium in Asaba, Delta State, the state would participate to win.

Said Okowa who was represented the Secretary to the State Government, Mr. Festus Ovie-Agas:  “Delta State is sports loving, it has left no stone unturned to develop sports facilities and manpower; it has put together viable sports programmes to develop its youths and prepare them for competitions.”

“As you are aware, Delta has won the sports festival several times and we will participate in this 2018 edition, determined to win; we are coming to Abuja to win again at the 19th National Sports Festival,” he added.

Mr. Sunday Obot, zonal coordinator, South South, Ministry of Youths and Sports who presented the Torch on behalf of the Minister of Youths and Sports, Mr Solomon Dalung, observed that the sports festival instituted shortly after the Nigerian civil war had continued to play vital roles in bringing Nigerians together.

He stated that presenting the Torch to the governor was to invite the state to the sports festival billed to hold in Abuja.