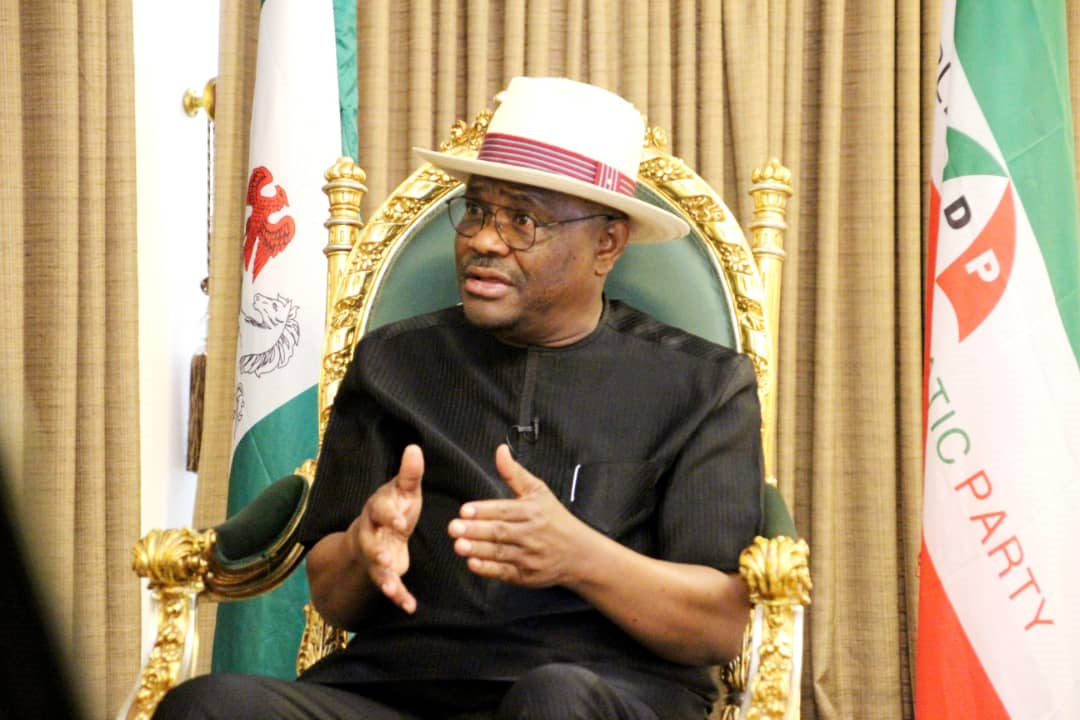 Rivers State governor, Nyesom Ezenwo Wike, has declared that no amount of speculation and unprofitable media talks by anyone will make him change his mind on the presidential candidate to support.

Governor Wike spoke at Egbeda community while flagging off the construction of Akpabu-Egbeda-Omoku Link Road  in Emohua local government area on Wednesday.

The governor said there was already so much political work to be done and instead of embarking on ensuring political foot work, some were taking delight in abusing leaders of the party.

Such behaviour, Governor Wike noted, had dire political consequences because they would “pay in bitter tears when the reality of their political lose stare them in the face eventually.”

“That will not make me change my mind where we are heading to. Do you understand me? So, if they like, they can make speculation. After All, that is why the word, speculation is there.

Governor Wike stated that, he and his team were already on ground and in the political field talking to the people and soliciting their votes.

READ ALSO: G5 governors: Expel me if you can, Wike dares PDP

“They are doing so,” Governor Wike insisted, “because it is now well established that only those who bring development projects are qualified to reap the votes of the electorate.”

The Rivers State governor thanked the people of Egbeda community for their support to his administration since 2015.

Governor Wike informed that he had long promised one of their sons, David Omereji, to bring democratic dividend to his community.

The Akpabu-Egbeda-Elele-Omoku link road being flagged off, he said, was one of such promises.

But he noted as sad that the former governor of Rivers State, Chibuike Amaechi, whose mother hailed from Egbeda community would describe the project as not necessary and waste of resources.

“You see, your mother is from here. You didn’t seem it fit or necessary to do anything for your maternal home.

“Now, we that our mother is not from here, we are doing something to help your maternal home. You say it is unnecessary, it is a waste of resources.”

Governor Wike announced the award of contract for the reconstruction of the internal roads within Egbeda Community.

He therefore, directed the state’s Commissioner for Works to ensure that the contractor, MCC, handling the road being flagged off, stayed back to attend to the internal roads.

Governor Wike restated that his administration did not award contract for any project if the money was not available.