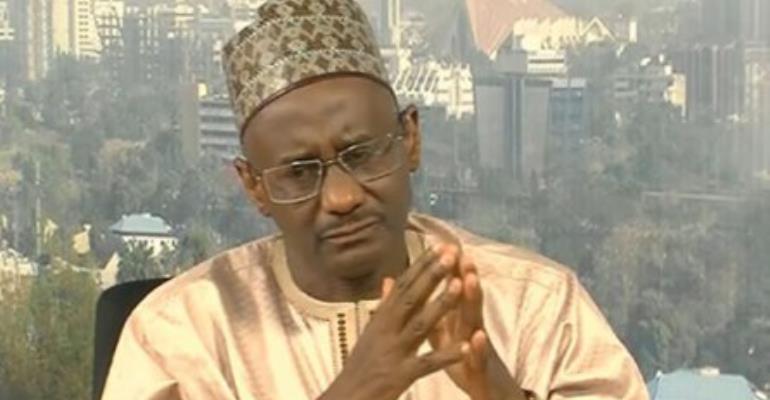 The Executive Secretary of the National Health Insurance Scheme, NHIS, Usman Yusuf, has alleged that he was suspended by the governing council because he refused to release the sum of N975 million to the Ministry of Health.

Yusuf spoke while appearing before the committee of the House of Representatives investigating the situation surrounding his suspension about two weeks ago.

The NHIS boss said there was a gang up against him and as a result of his refusal to release the money, a panel was set up to probe him.

He alleged that the panel was bribed with N19 million to indict him.

“The panel delivered as the panelists were given N19 million; even the security too were given money,” he said.

Yusuf said he had documents to prove his case.

He described his suspension on October 18 as a coup because, it came a day before  “the day I was going to present a result of the forensic audit.”

“It was a gang up to stop my fight against corruption.

“These are all allegations that have been recycled. They were all investigated by the ICPC and EFCC; and they found nothing and I was cleared. They wrote to me clearing me.”

He denied ever awarding contracts illegally, stating that his brother’s company which got a N406 million contract in 2016 did that following due process.

Following the controversy generated by his suspension over alleged financial malpractices and his forceful return to office, Yusuf was sent on leave on the order of President Muhammadu Buhari.

Yusuf was suspended indefinitely about two weeks ago.

His suspension was handed down by the governing council of the NHIS, led by Mrs. Ifenne Enyenatu.

The suspension was to allow for a thorough investigation of allegation of financial malpractices against him.

But a day after he was suspended, Yusuf forced his way into office.

His return resulted in protests at the NHIS.

But in a new twist to the case, an independent panel was said to have been set up to look into the case.

The panel is headed by Hassan Bukar.

The action of the government was announced by the Permanent Secretary (General Services Office) for the Secretary to the Government of the Federation, Olusegun Adekunle, on Wednesday.

He said the order for Yusuf to proceed on leave was to prevent interference.