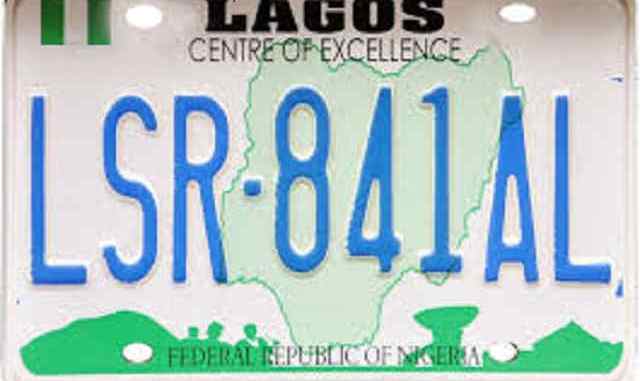 When Mr. Dominic Adesegun lost his vehicle at gun point along the Benin-Ore Road, he thought it was the end of the world not only for the vehicle which he thought could not be recovered but for the obvious misconception about the seeming ineffective security architecture in the country.

He was so traumatized by the missing vehicle, his laptop and other vital documents that his job output was on the decline for three weeks. However, he narrated his bitter experience to some friends who advised him to visit the nearest office of the Federal Road Safety Corps with evidence of vehicle ownership, sworn court affidavit and Police extract on the missing vehicle.

He reluctantly heeded this advice and was amazed at the prompt and positive outcome of his visit. After studying his vehicle papers and other supporting documents, the FRSC operative carried out a search through the verification portal and behold, Dominic’s vehicle details were not only flagged on the platform but also unveiled were his personal details including house address, place of registration, place, time, status of his vehicle as at the time of registration and other relevant details.

The incident was also pushed into the public domain and within 24 hours, he was invited to a Police Station along Idiroko to identify his vehicle.

You can imagine his joy when he dashed to the Police station and saw his vehicle though with a dented bonnet as the fleeing armed robbers rammed the vehicle into a stationery truck. According to the Police, it was the FRSC communication gateway that enabled them contact Dominic who found his laptop and other documents intact.

Dominic’s case is similar to that of many Nigerian vehicle owners who have already keyed into the new number plate. Other unfolding circumstances have no doubt, brought to the fore, the need to build a credible and sustainable framework and capacity to bolster our national security framework to ensure public safety.

This underscored the presentation by the special guest of honour at the formal launch of the new drivers’ license and vehicle number plates on September 2, 2011 when he said, “Today’s launch is of great significance to all Nigerians as we all strive towards building and sustaining a reliable national data base that will enhance the nation’s security architecture and improve on public safety. This measure will, no doubt, lay greater emphasis on intelligence and citizens’ participation in security surveillance.”

Deriving from the above, national security refers to freedom or safety from danger or absence of threat and danger. It is an all-encompassing phenomenon that enables citizens live in peace and harmony, have access to resources and basic necessities of life and participate fully and freely in the process of governance without fear or intimidation.

The evolution of the United States of America’s military and civilian intelligence operations and public safety can be traced to the civil war which marked the first American use of systematic military intelligence collection such as aerial reconnaissance, signal intercepts and the establishment of intelligence as a distinct unit of the army in order to enhance public safety and to protect the nation from external aggression

Years before the cameras were installed, an average of 58 crime-related offences were usually recorded on the estate but two years after the installation and with increased public consciousness, no crime was reported. In 1995, the national government budgeted and released up to $3.1 million in matching grants to cities and towns in the UK to strengthen the capacity to contend with crime and corresponding legislations which led to an abrupt decline in social malaise such as 69% reduction in Berwick burglary and 57% in Northampton. Scotland and Liverpool also posted 68% and 25% respective reduction in traffic laws violation, shop lifting, prostitution and other non-violent offences

In Harrods and Victoria station, video images of two men who were at the scene of a bomb explosion, was effectively used for their arrest and subsequent prosecution.

Interestingly, the Canadian custom agents and British Columbian Highways use close circuit camera to keep tab of every vehicle that passes their boarders.

As for the French Transportation system, video surveillance is used with database backup to regulate traffic laws and detect traffic jams in the municipal. Since science and information technology are two critical elements presently driving global activities and policies which cannot be ignored, Nigeria cannot afford to be left behind.

For example, while the United Nations global report on countries with the safest road transport placed Nigeria on the 91st position of 161 deaths per 10,000 vehicles, countries such as Spain posted 2.8 deaths with Japan and Norway accounting for 1.7 and 1.2 deaths respectively.

Taking a leaf from the positive international experience of Western countries, Nigeria has decided to develop a robust and reliable vehicular database to boost national security and road safety through the introduction of the new number plates under the National Uniform Licensing Scheme.

According to the Corps Marshal of the Federal Road Safety Corps, Dr. Boboye Oyeyemi, “the FRSC acting as the lead agency in the nation’s road safety management and traffic administration, has instituted  a mechanism that will strengthen highway security agencies and the federating states traffic management, with commitment to meet the goals of the Accra Declaration, United Nations Declaration on road safety which seeks to achieve 50% reduction in road crashes by 2020 and the Vision 20:2020 aimed at making Nigerian roads one of the twenty safest roads in the world by the year 2020. As part of our comprehensive reforms of the licensing scheme, we have designed new number plates which are tied to individuals and not vehicles, machine readable identification tag and proof of ownership tied to insurance number.”

In the words of the Corps Marshal, “the goals of the new  vehicle number plates  include a revamp of the national vehicle identification database to ensure the integrity of motor vehicle data, create a central repository for vehicle data that can be utilized for monitoring and planning and ultimately improve the safety of all citizens and the improve the Corps’ supply chain management, in order to meet the demands of the Nigerian public through the establishment of 2 new production plants in Gwagwalada (FCT) and Awka (Anambra state) to complement the existing plant at Ojodu (Lagos State) which has been upgraded to meet the new number plates standard.”

The issue of national security calls for collective efforts and collaboration by relevant stakeholders such as the Nigeria Police, Nigeria Army, Federal Road Safety Corps and National Intelligence Agency to harness material and human resources to build a veritable and sustainable mechanism to effectively discharge statutory functions.

It is instructive to note that apart from being a fulfilment of the provisions the FRSC Act 2007 (Section 10 sub-section 3d and 3f) which empower the Corps  to design, implement and produce items of the Uniform Licensing Scheme like Number Plate, driver’s license and their components, the new number plate scheme was midwifed by credible and legitimate stakeholders such as the Joint Tax Board, the National Economic Council, the National Assembly and the Federal Executive Council after a full and critical evaluation of its merits as a value added initiative for national growth and improvement on national security.

Riding on the back of the endorsement by the World Bank, ECOWAS has adopted the new number plate as a model for a common licensing scheme for promoting the ECOWAS protocol on free movement of persons, goods and services.

It is therefore regrettable to find pockets of distractive publications challenging the constitutionality of the nationwide effort by the FRSC to ensure that vehicle owners adopt the new number plates.

For the avoidance of doubt, pursuant to the introduction of the new number plate, the Federal Road Safety Corps duly informed the public of the new regime through robust media advocacy and further gave time for the replacement of the old number plate.

In the same vein, the Corps Marshal Dr. Boboye Oyeyemi, also ensured that the Corps undertook a public enlightenment on the security benefits of changing from the old to the new number plate at the point of renewing their vehicle documents which has only one-year validity period.

It is also on record that item 4 of the communiqué issued at the end of the 136th meeting of the Joint Tax Board (JTB) held on the 28th November, 2016 at Transcorp Hilton Hotel, Abuja, stated categorically that the renewal of vehicle particulars on the old number plates will be discontinued with effect from the next due date as measure to check fraud and enhance revenue collection, thus confirming that the on-going drive to inject order and control in the nation’s motor vehicle administration was resolution from a properly constituted government agencies and not the sole initiative of the Federal Road Safety Corps.