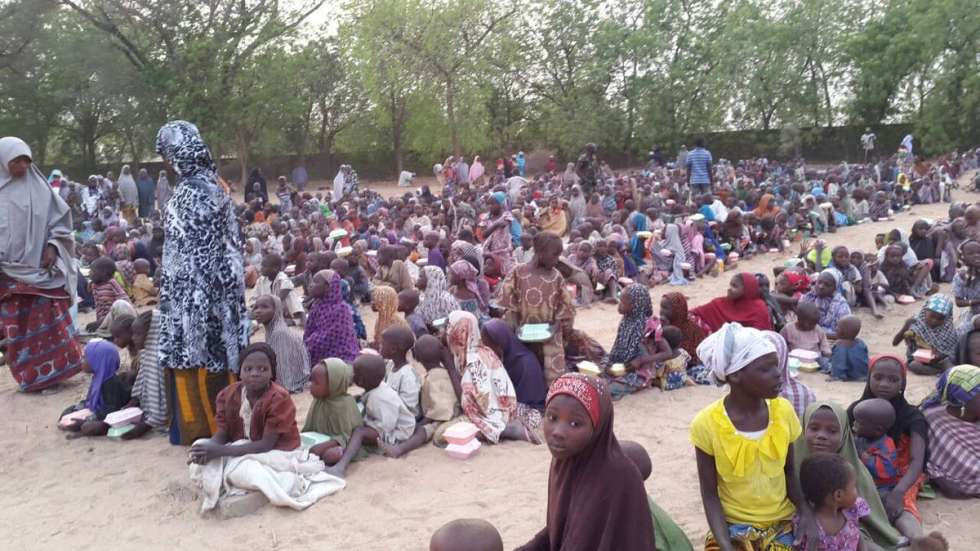 The alarm was raised in a statement issued by MURIC’s director, Professor Ishaq Akintola, on Tuesday.

The group said the Borno State government had become overwhelmed in taking care of the IDPs hence the need for support from other state governments and well-meaning individuals.

The statement reads:  “According to the United Nations Refugee Agency (UNHCR), a global organisation dedicated to saving lives, protecting rights and building a better future for refugees, there are 2.4 million displaced people in the North East of Nigeria.

“In our own opinion, the Borno State government is overwhelmed as the number of IDPs in the state alone is higher than the population of the federal capital territory. These IDPs suffer from hunger and various ailments due to poor hygiene occasioned by the unhealthy environment in which some of them are kept.

“MURIC appeals to state governments all over the federation to rise to the occasion. The North East is facing a humanitarian crisis of monumental proportion. Drugs, food items, clothes, beddings, sanitary materials, etc are what sister states, charity groups and wealthy individuals can send to the Borno State government. We are most likely to avoid a spill-over effect if we can quickly rally round the government of Borno State. That is the true spirit of one Nigeria.

“In particular, we charge the Federal Government (FG) to make special allocations available for the relief of the IDPs. It is equally germane at this juncture to ask FG to expedite action on the North East Development Commission (NEDC) which we advocated for and which was approved about two years ago. Why have we not been hearing anything about the commission?

“We remind Nigerians of the need to actively support those who are suffering among us. Prophet Muhammad (peace and blessings of Allah be upon him) made kindness to fellow homo sapiens on earth a proviso for receiving mercy from those who are in heaven.

“Before we take a break, we will like to advocate severe punishment for theft, diversion, abuse or misuse of any relief material meant for IDPs.”