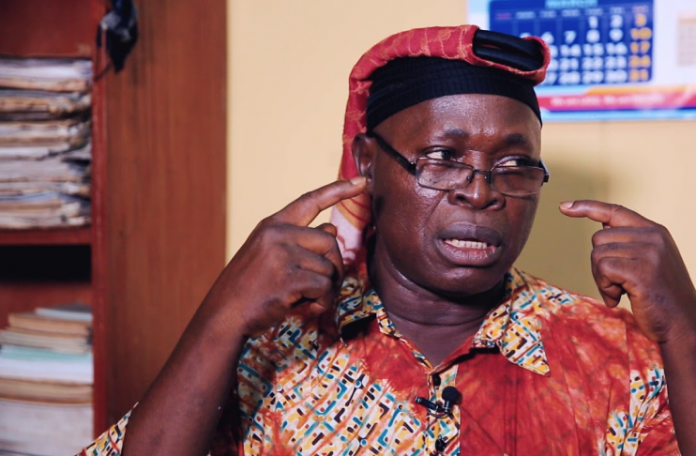 The human rights group, Muslim Rights Concern, MURIC, has warned the United States and the United Kingdom against interfering in the affairs of Nigeria over the suspension of Walter Onnoghen as the Chief Justice of Nigeria by President Muhammadu Buhari.

“Leave our government alone if you cannot allow it to happen in your own countries,” MURIC said in a statement issued by its director, Professor Ishaq Akintola on Saturday.

The president suspended Onnoghen on Friday following the case of alleged non-declaration of asset against him (Onnoghen) at the Code of Conduct Tribunal.

He was shortly after replaced with Justice Tanko Mohammed, who was next in line in hierarchy.

Both the United States and United Kingdom have however expressed worry over the development warning Buhari that coming on the eve of the general election, the action would cast doubts over the credibility of the electoral process.

But reacting to the position of the US and UK, MURIC said they should not ask Nigerian government to take what they could not condone in their countries.

“This is exactly what we are saying: leave our government alone if you cannot allow it to happen in your own countries. It has been happening here for long and now we have a solution to it via a democratically elected president. We have tons of confidence in Muhammadu Buhari. He sits on our treasury. He does not steal and he will not allow thieves to steal our common patrimony. We are satisfied with him as the guardian over our wealth. We do not care whether he is ‘lifeless’, ‘weak’, or ‘incompetent’. We never had it so good,” MURIC said in the statement.

The group cautioned the US and UK not to jump into conclusion over the case but take a critical look at it against the backdrop of the importance of the judiciary to the fight against corruption by the government of Nigeria.

The statement reads:  “Western countries should not just jump to conclusions. They should not just make it look as if the CJN is being suspended to clear the way for some undemocratic practices. Neither the US nor Britain will allow a judge to accumulate wealth illegally because it is dangerous for the judicial system. Heavy cash lodgements in both foreign and local currencies were allegedly found in the former CJN’s accounts. No responsible government will ignore that.

“While we appreciate the interest of US and UK in evolving healthy democracies around the world, particularly in Nigeria, we will appreciate it more if these countries show equal concern for Nigeria’s war against corruption, particularly in the judiciary and in the repatriation of Nigeria’s looted funds in those two countries.  Advanced democracies are not under any special obligation to listen only to the opposition and echo its propaganda. They also owe it a moral duty to hear the government’s side before making policy statements.

“To this end, we expect that both the US and UK will equally show interest in the allegation bordering on corruption made against the former CJN as they have expressed concern over his suspension. This ought to be done against the backdrop of the reputation of Nigeria which a former British prime minister described as ‘fantastically corrupt’ but which the present regime of President Muhammadu Buhari is trying hard to turn around.

“It is a known fact that no war against corruption can succeed if the judiciary is corrupt. It is the robust judicial system which both the US and UK enjoy today that allows a conducive atmosphere for democratic principles of rule of law, liberty and justice.

“We seek no less in our country, Nigeria. We find the alleged involvement of the CJN in financial misdemeanor sickening, repulsive and outrageous. A civil society group who could summon the courage demanded his sack. We no longer have any confidence in his leadership of this country’s judiciary.

“MURIC appeals to Western countries to allow the Nigerian government to clean its judiciary. It is the last hope of the common man. The filth in our judiciary will be better understood when we remember how James Ononefe Ibori of Delta State mesmerized the Nigerian judiciary for years without being punished. But he was caught in Britain and sentenced to 13 years imprisonment because the British judiciary will not take rubbish. Diepreye Alamieyeseigha of Bayelsa State also ran foul of the British judiciary before he jumped bail in 2005. This is one major reason the Nigerian government must be allowed to clean its judiciary.

“We must ask Britain if it can tolerate what is happening in Nigeria today on her own soil. For instance, the current British Lord Chief Justice, Sir John Thomas, earns £240,000 per annum. Will Theresa May, the Prime Minister, keep mum if he receives a report that his Lord Chief Justice has five bank accounts with more than $500,000 in each? Can his American counterpart, the US Chief Judge, John Glover Roberts Jnr, do the same and get away with it under Donald Trump’s watch? You show concern for Onnoghen’s suspension but not for the big sums of money he was practically caught with and which he admitted to. It hurts our sensibilities and you need to make amends.

“This is exactly what we are saying: leave our government alone if you cannot allow it to happen in your own countries. It has been happening here for long and now we have a solution to it via a democratically elected president. We have tons of confidence in Muhammadu Buhari. He sits on our treasury. He does not steal and he will not allow thieves to steal our common patrimony. We are satisfied with him as the guardian over our wealth. We do not care whether he is ‘lifeless’, ‘weak’, or ‘incompetent’. We never had it so good.

“Before we take a break, we appeal to the US and Britain to turn more attention to the repatriation of funds looted from Nigeria. The two countries will earn our respect more if this is done. We need the West’s cooperation in our war against corruption more than we need it in political demagoguery. Fairness demands that the US which expressed concern over the CJN’s suspension follows it up with a statement cautioning judges from getting enmeshed in graft and politicians from getting involved in money politics.”