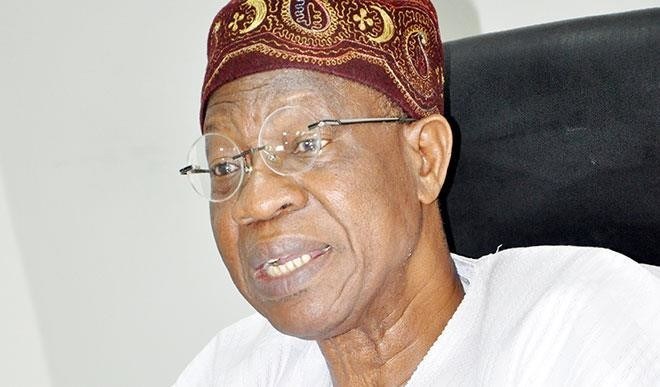 The Federal Government, FG, has expressed optimism that it will reach a common ground with labour unions over the new minimum wage which is still being worked upon.

This is as the government expressed optimism that the  Nigerian workers would not go on strike or do anything to worsen the situation in the country.

The government made the statement against the background of the threat by the labour unions to go on strike if the government refused to send the report of the tripartite committee on minimum wage to the National Assembly by December ending.

Describing the workers as patriotic, government said it would continue to engage them until a final resolution of the problem over the wage was arrived at.

The Minister of Information, Alhaji Lai Mohammed, made the position of the government known on Friday shortly after a meeting with President Muhammadu Buhari.

Speaking with journalists at the Presidential Villa, he said the two parties – government and labour – knew what the challenges were and were ready to solve them.

His words:  “The Nigeria Labour Congress is a very patriotic union and I am very confident that they will not do anything that will embarrass the government or do anything that is going to worsen the situation.

“Continuous engagement, I think, is the key. We will continue to engage them and I think they do also fully understand what the challenges are, and both parties are determined to ensure that a common ground is arrived at which will be comfortable for all.’’

The Nigeria Labour Congress, NLC, and other labour groups on Thursday threatened to go on strike early next year.

The threat followed indication that the government may review the N30,000 minimum wage recommended by the tripartite committee led by Ama Pepple.

President Muhammadu Buhari had given an indication to that effect during his Wednesday presentation of the 2019 budget at the National Assembly.

He said a technical committee would be set up to that effect.

Labour leaders have however since declared that they would not be part of the arrangement, stating that the recommendation of the tripartite committee was good enough.

Speaking after a joint meeting of the Nigeria Labour Congress (NLC), Trade Union Congress (TUC) and the United Labour Congress (ULC) in Lagos, Thursday, NLC president, Ayuba Wabba, said the setting up of a technical committee could not be a condition for passing the minimum wage report to the National Assembly.

He warned that there might be no industrial peace and harmony in the country if the report by the tripartite committee was not passed before the end of December.