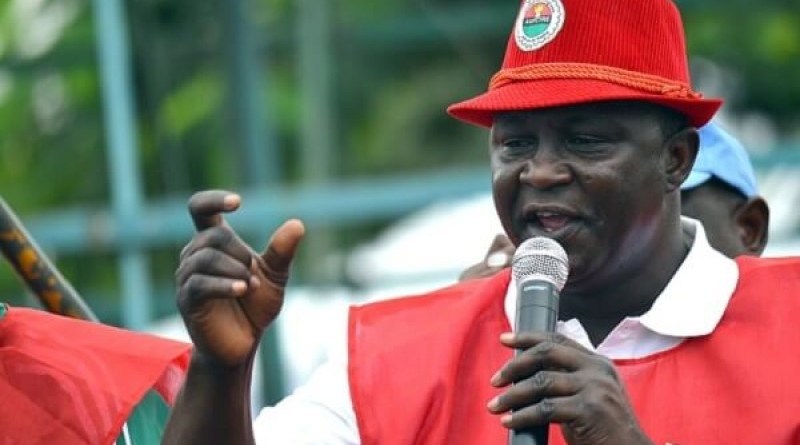 The organised labour has suspended its proposed indefinite nationwide strike scheduled for Tuesday.

The strike was to make the Federal Government yield to the payment of N30,000 as the new minimum wage for Nigerian workers.

The strike was suspended at the end of the meeting of the tripartite committee which ended Monday night.

The committee finally reached an agreement on a new minimum wage and documents were signed by the stakeholders at the meeting.

However, the agreed amount was not made public.

It would be presented to President Muhammadu Buhari  for approval.

The President of the Nigeria Labour Congress, NLC, Ayuba Wabba, who announced the suspension of the strike said:

“The tripartite negotiating committee this evening concluded its assignment. Agreement has been reached and also documents have been signed (Tuesday). The report will be submitted to Mr. President tomorrow by 4:15pm.

“Therefore, as organised labour, we want to use this medium to thank all the tripartite partners for their understanding and importantly for concluding this very national assignment.

“And having reached this position, and also the fact that the assignment has been concluded, organised labour also decided that the proposed industrial action is hereby suspended.

“Therefore, we thought this should be communicated appropriately without also any delusion or misinformation.

“As the chairperson have said, mutual agreements have been reached and this will be make public tomorrow (Tuesday) and we must appreciate the roles that organised private sectors have actually demonstrated and the attitude brought to this process and to members of the tripartite negotiating team.”

The Secretary to the Government of the Federation, Boss Mustapha in whose office the meeting held, expressed confidence that the president would consider the report expeditiously.

The tripartite committee had earlier on Monday resolved to send two figures to the president.

The figures, it was gathered, followed the inability to agree on a specific amount.

The N22,500 which state governors agreed to pay as the new minimum wage was out of the question.

The chairperson of the committee and former Head of Service of the Federation, Ama Pepple, made these known on Monday.

She spoke to journalists at the end of the meeting.

Pepple also disclosed that the committee appealed to labour not to embark on the indefinite nationwide strike it said it would embark on if the N30,000 was not approved.

The meeting was held in the continued efforts to resolve the crisis over the new minimum wage.

The meeting was begun on Sunday, but the leaders of the labour unions were absent then, stating that they did not get the invitation on time.

The were however at the meeting when it continued on Monday.