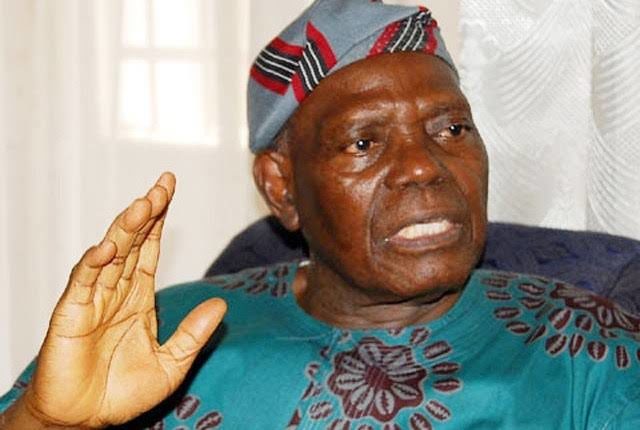 Former Interim Chairman of the All Progressives Congress, APC, Chief Bisi Akande, has declared that the restructuring of Nigeria has become imperative in order to correct the inequitable creation of local governments and states in the country by the military.

He accused the military of creating states and local governments more for selfish reasons than for scientific reasons.

According to him, the lopsidedness of the actions by the military made it possible for the North to unnecessarily gain more from the country’s treasury than the South.

Bisi Akande who expressed his view in a paper titled “Devolution of Powers and National Restructuring” which he delivered at the weekend at the APC-USA second annual convention in Washington DC, USA, said restructuring the country would correct the undue advantages given to one part of the country over the other.

Restructuring, he reasoned, would mean “equitable rearrangement and redistribution of the existing states and local governments per population within the various ethnic nationalities.”

He said to be able to achieve that, amendments would have to be carried out on the nation’s constitution.

He argued that it was the recognition of the enormity of the task of restructuring that made many align with the APC in its decision for a political change of power.

He said those who did not join the APC had continued to make so much noise about need to restructure the country without coming up with “any clear definition or a peaceful workable strategy.”

“The North is a largely Hausa-speaking people traditionally mix-bred and assimilated with and governed by minority Fulani rulers through Islamic emirate system since two centuries ago. The North has been amalgamated with the South in-law and in fact since a century ago. And, presumably, the Fulani has been perceived to be manipulating the North to rule Nigeria since independence.

“Even if one does not like the minority Fulani rulers of the North for being hegemonic in characteristics, can one separate them from the original majority Hausa-speaking people of the same North? Unless one was ready for another civil war, could one ostracise the whole North in the political considerations of the country,” he said.

He said Nigeria had accepted the geo-political zoning which had made the South-West to embark on its developmental agenda.

He said with the creation of a Development Agenda Commission for Western Nigeria, DAWN Commission, information are put together to assist  on integrated development programmes.

He encouraged other zones to carry out similar programmes, stressing that it would help the development of the country in general.