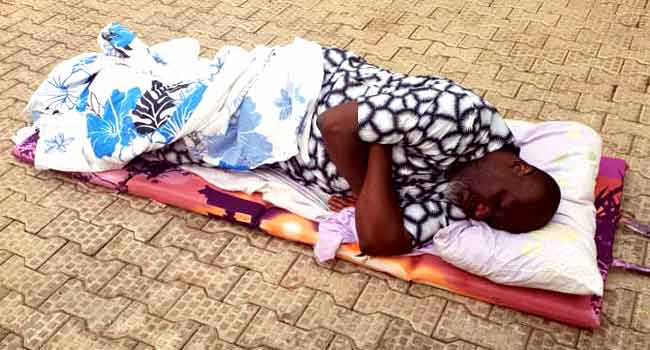 The Nigeria Police Force on Friday explained that it moved Senator Dino Melaye to the Department of State Services, DSS, hospital in Abuja for further medical attention.

The action, it said, followed Melaye’s continuous complaints of not getting better despite the position of the medical personnel at the Police clinic in Abuja that he was healthy enough to stand trial.

Melaye, senator representing Kogi West Senatorial District, surrendered to the police on January 4, 2019 after eight-day siege to his house.

He was accused of involvement in the shooting of a policeman, Danjuma Saliu, in Kogi on July 19.

“Senator Dino Melaye was taken for medical attention at the Police Clinic, Abuja, after he surrendered himself for arrest on 4th January, 2019.

“The police medical team at the police hospital, Abuja certified that senator Dino Melaye is well and healthy to stand trial after treating him. However, due to the complaint from Senator Dino Melaye that he is not well, the Police Investigation Team has taken him this afternoon to another government hospital, DSS medical facility in Abuja for further medical attention.

“The police investigation team obtained a 14 day remand warrant from the Federal Capital Territory (FCT) High Court on 9th January, 2019, to keep Senator Dino Melaye in police custody for investigation into the case of criminal conspiracy and attempted culpable homicide against him till 23rd January, 2019.

“It is incorrect as reported in some sections of the media that Senator Dino Melaye was moved by masked armed policemen to an undisclosed location and that his where about is unknown. The police officer, Sgt. Danjuma Saliu, is yet to recover from the gunshot injury he sustained during the attack and still under intensive medical care in the hospital.”