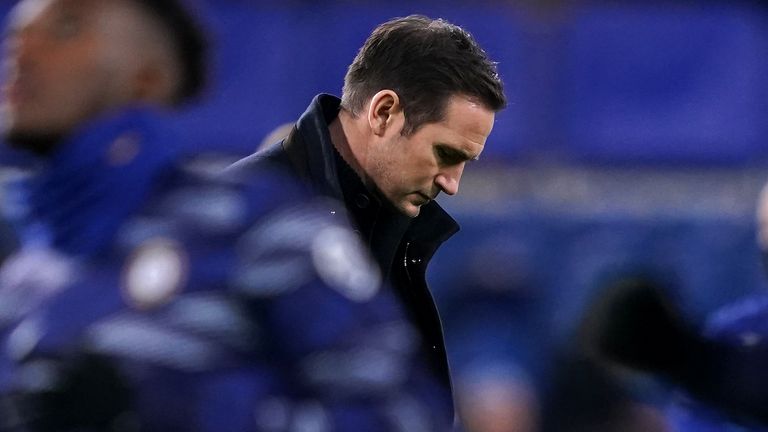 Everton manager, Frank Lampard, says he expects a reaction from his ailing side when they travel to fellow strugglers West Ham United in the English Premier League, EPL, next weekend.

His reaction came after their home defeat by bottom side Southampton on Saturday.

The Merseyside club lost a fourth successive home league game in a row as they let a first-half lead slip.

The defeat brought Lampard’s future into sharper focus after he had received the backing of club owner Farhad Moshiri earlier in the week.

The defeat came against the backdrop of pre-planned fan protests inside Goodison Park at the end of the game.

Supporters have been calling for the club’s board to be sacked, with Everton fighting relegation for the second successive season.

Amadou Onana gave the home side a first half lead but James Ward-Prowse equalised after the break.

He then curled in a free-kick to give Saints their first victory at Everton since 1997.

“It’s obviously difficult and disappointing, especially when you go 1-0 up,” Lampard said.

“It’s a tough game, there’s a lot of tension for both teams. We deserved to be (ahead) in the first half with the passion in our game.

“It wasn’t a tactical game, it was more of a fighting game. We showed spirit and then an early goal (for Southampton) in the second half changes the tone.

“We hit the bar but then, typically at the moment, we concede a free-kick and it goes in our net. Obviously, it’s disappointing. It was a big game for us and we lost.”

The Everton board was advised not to attend the game due to security fears, but Lampard said the off-field troubles had no impact on the result.

“It’s a difficult period. There is so much passion at this club for the right reasons, everyone wants the best for the club.

“We’ve come in a direction where we were in a relegation battle last year and again this year.”

Lampard admits next Saturday’s trip to West Ham, who are also in the bottom three and level on 15 points with the Toffees, is another huge game for the club.

“The only thing that is important is the reaction,” he said. “The effort of the players, the desire of the players (against Southampton) was big.

“But, in terms of the performance, when the game changes in the second half, we know that’s not enough and I’ll be the first to take responsibility for that.”