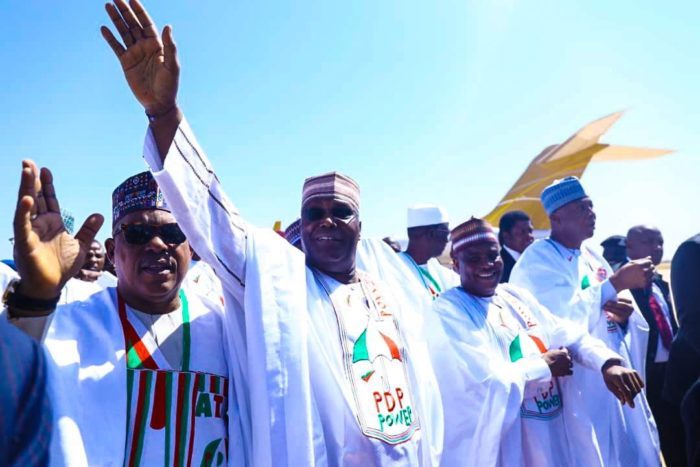 This is as it alleged that there were plans going on between INEC and the All Progressives Congress, APC, to rig.

The plot, the party said, was through the plan to use of lecturers loyal to the APC as presiding and returning officers in the election.

The National Chairman of PDP, Prince Uche Secondus, made the allegation in Kebbi State during the presidential campaign of the party monitored by FrontPage.

He said the party had been reliably informed that APC had submitted the names of people to be used in the electoral process.

According to him, such an arrangement would not be condoned and the Chairman of INEC, Professor Mahmood Yakubu, would be held responsible for any anomaly in the process.

His words:  “We want to warn the INEC, especially the INEC chairman that he should note that a central collection of presiding and returning officers is going to create confusion and he will be held accountable.

“We have been informed reliably that APC government has submitted a comprehensive list to his office, and those lecturers that he is taking are from APC government.

“It has never happened like this before, and so we want to warn that Yakubu should stop rigging election before election day.

“We will not accept any rigged election and results.”

Secondus also expressed optimism that with the huge crowd at the rally in Kebbi, the PDP’s presidential candidate would emerge the winner of the election.

“I believe that PDP will take over the rein of affairs of our great country,” he said.

According to him, PDP’s candidate, Atiku, was the best candidate for the post of the president.

“He has been tried, he has been tested, he is very successful in private sector, and also successful in the public sector.  That man is the next president of the Federal Republic of Nigeria, Alhaji Abubakar Atiku.  He will work for 24 hours; he will put his experience on display to provide food on the table of Nigerians, and also to create jobs for our teeming youths,” he said.