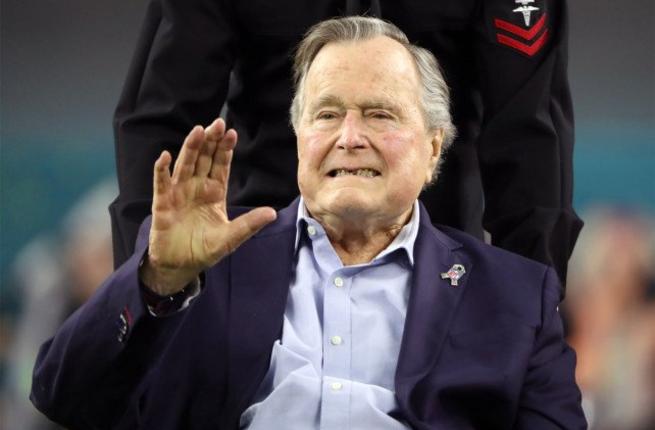 The death of Bush who was the 41st president of the United States was announced by his son, George W. Bush (43rd American president) on behalf of the family on Friday.

He died of a failing health after he was admitted into the intensive care unit of Houston Methodist Hospital with an infection in April.

The admission came shortly after the death of his wife, Barbara who was 92.

A statement issued on his death by his office reads in part:  “George Herbert Walker Bush, World War II naval aviator, Texas oil pioneer, and 41st President of the United States of America, died on November 30, 2018. He was 94 and is survived by his five children and their spouses, 17 grandchildren, eight great grandchildren, and two siblings.”

The younger Bush also issued a statement which reads in part:  “George H. W. Bush was a man of the highest character and the best dad a son or daughter could ask for. The entire Bush family is deeply grateful for 41’s life and love, for the compassion of those who have cared and prayed for Dad, and for the condolences of our friends and fellow citizens.”