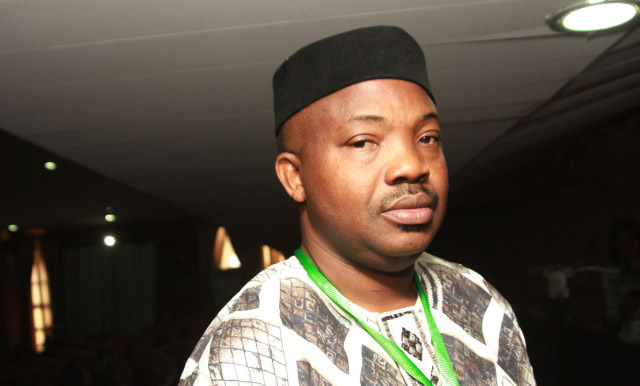 The Southern and Middle Belt Leaders Forum, SMBLF, on Friday pooh-poohed President Muhammadu Buhari’s claim that his appointment of the Service Chiefs of the nation was based on merit.

The group said the president’s claim amounted to “executive falsehood” as his appointments had been informed by alleged disdain he had for the people of other areas of the country apart from his.

The group which was reacting to the statement said to have been made by the president in Anambra State during his campaign visit on Thursday, claimed that the president was only trying to get the support of the people of the area ahead of the coming general election.

As far as the group is concerned, the president did not deserve the vote of the people.

“President Muhammadu Buhari has never hidden his suspicion and distrust for the other parts of Nigeria  outside his narrow corner in making his appointments into top security positions.

“The new spin that merit and competence denominated his appointments into sensitive security positions, runs counter to his earlier justifications and is a calculated attempt to ingratiate himself to the people of the South ahead of the forthcoming elections.

“Since the advent of the Buhari administration in 2015, there has been wholesale domiciliation of service appointments in a particular section of the country, to the detriment of others. Out of over a dozen such positions in the military, paramilitary and non-uniformed services, only two are from the South. The exceptions are: The Chief of Defence Staff, Gen. Abayomi Olonisakin and the Chief of Naval Staff, Vice Admiral Ibok Ekwe Ibas. And the issue of meritocracy has never featured in Buhari’s ever-shifting justifications for the appointment of security chiefs,” the group said.

It said similarly, the Comptrollers-General of Customs, Prisons and Immigrations; the Commandant-General of the Nigerian Security and Civil Defence Corps and indeed the Federal Fire Service, were all from the North of Nigeria.

SMBLF said with the benefit of hindsight, President Buhari’s response to public uproar about his “skewed security appointments early in the life of hi s administration, was that as Commander-in-Chief, he could only appoint those he could trust into such sensitive positions.”

“On the balance, it turns out that he could mainly trust his corner of the country  as evidenced by the percentage of his appointments from that section of the country, and could only minimally trust the South and indeed Middle Belt,” the group said.

It stated that at a recent media interview, his argument for not changing service chiefs long after their retirement and allowing for the ventilation of new ideas in the maintenance of internal and external security, was that such a move could engender rivalry in the Services and unsettle the nation’s security apparatchik so close to the elections.

According to the group, Buhari’s new narrative at the palace of the Obi of Onitsha, that appointments of service chiefs was based on merit, had introduced a novel dimension to executive falsehood and misinformation.

It wondered whether to believe that merit under the Buhari administration was specifically circumscribed by geopolitical considerations, such that only officers from a section qualify for such top level appointment on the scale of competence and merit.

“A Southern Director-General of the State Security Services was dropped to accommodate a Northern DG even when there was a window of opportunity to begin to assuage the South. Senior officers from the South  were bypassed in the recent appointment of an acting Inspector-General of Police, IGP.

“How come Buhari’s own merit and competence template only suits his proteges from his section of the country?

“The  SMBLF notes that a President whose appointments do not reflect the ethno-religious diversity of the country, who deliberately  privileges sections of the country in consideration for high office, is undeserving of popular votes in his quest to continue to serve in a position whose oath of office to be fair and just to all, he has so thoroughly abused,” the group said in the statement signed by Yinka Odumakin, South West; Prof Chigozie Ogbu, South East; Senator Bassey Henshaw, South South and Dr. Isuwa Dogo, Middle Belt.