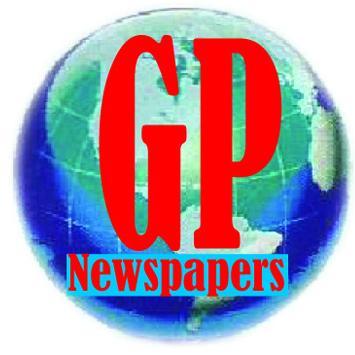 An international conference with the theme, “Africa’s Economy: The Way Forward”, is to hold at the Newark City Hall, Newark, New Jersey, United States of America (USA) on Saturday, October 22, 2022 from (9:00AM EST) (2:00 PM WAT) prompt.

The conference, according to its organisers, Global Patriot Newspapers, is an attempt to begin a new conversation aimed at proffering fresh answers to old but still troubling questions, especially concerning why a continent as resource-rich as Africa must continue to remain the poverty capital of the world.

With Vice President Yemi Osinbajo (SAN), a pan Africanist, who has been in the forefront of advocacy for the transformation of the continent, as Special Guest of Honour, an array of experts cutting across different disciplines will, in a no holds barred manner, attempt to get to the roots of the seemingly unfathomable paradox of poverty in the midst of plenty that has so far remained the lot of Africa, the mother continent of all blacks across the world.

Top diplomats, political leaders, captains of industry, senior government functionaries, clerics, academics, media chiefs and others from all over the world will be part of the hybrid conference that is to attempt to draw an economic road map for the African continent with the aim of making the world a better place for all.

The programme will hold at the iconic and historic Rotunda of the Newark City Hall on Broad Street, Newark, New Jersey, from 9:00 am (EST), 2:))pm (WAT).

Global Patriot Newspapers, according to its Publisher/Editor-in-Chief, Simon Ibe, has held two very successful conferences in the past, the most recent being the International Conference on Patriotism, Security, Governance and National Development, focused on Nigeria, which held on Saturday, March 6, 2021, in collaboration with the Nigerian Consulate, New York, USA and Nigerians in Diaspora Organisation (NIDO), New Jersey, USA Chapter.

This year’s conference on Africa’s economy is parading an equally formidable line-up of committed pan Africanists and people of African Descent and will have participants from all over the world, all of who want remediation of the sorry situation that presently passes as the economy of Africa.