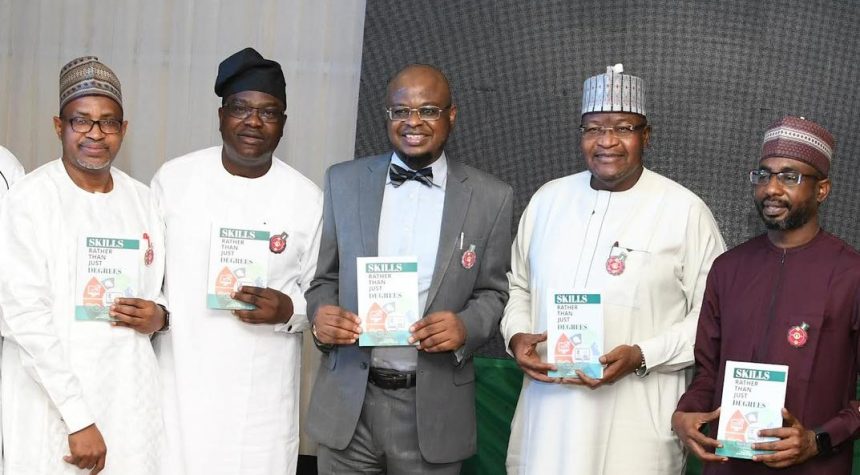 More than 22 institutions in the country, comprising 18 universities, and six polytechnics, Micro, Small and Medium Enterprises, MSME, drawn evenly from the six geopolitical zones in the country, have benefited from a federal government’s broadband infrastructure projects designed to accelerate the Nigeria digital economy efforts.

At the unveiling of the projects being driven by the Nigerian Communications Commission, NCC, which held at the Transcorp Hilton, Abuja, Minister of Communications and Digital Economy, Prof Isa Ali Ibrahim Pantami,  who presided over the event, said the projects underscored the importance of broadband connectivity and access as central to the accomplishment of the targets of the National Digital Economy Policy and Strategy, NDEPS, 2020-2030 for a digital Nigeria, and that the project was in line with the mandates of President Muhammadu Buhari on job creation and economic diversification.

He said the interest in supporting the MSMEs was justified by their current contribution of more than half of Nigeria’s Gross Domestic Product, GDP, prior to COVID-19 outbreak, and constituted 96.7 per cent of entire businesses in the country.

He said therefore that “any effort to develop our economy without bringing such important sector into the equation will amount to efforts in futility.”

At the event, which had in attendance the Chairman of the Board of the NCC, Prof. Adeolu Akande; the Executive Vice Chairman of the Commission, Prof. Umar Danbatta; the Executive Secretary, National Universities Commission, NUC, Prof. Abubakar Rasheed; and the Executive Secretary, National Board for Technical Education, NBTE, Prof Idris Bugaje, a book authored by Pantami, titled “Skills Rather Than Just Degrees” with foreword written by Brad Smith, President of Microsoft Corporation, was unveiled for the industry.

Pantami said the book was his intellectual contribution to bridging skills gap to enable Nigerians to tap into the opportunities that existed in Information and Communications Technology, ICT, and other sectors of the economy.

The book was reviewed by three different Vice Chancellors – Prof. Muhammad Abdulazeez of Abubakar Tafawa Balewa University, Bauchi; Prof Owuanari Georgewill of University of Port Harcourt; and Prof. Sagir Adamu Abbas of Bayero University Kano, who commended the efforts of the minister in putting his thoughts and experience to paper.

They recommended the book, which they commended highly.

In their comments, NCC’s Akande and Danbatta, corroborated that the project would fast-track and enhance the ongoing efforts of the NCC’s to deepen connectivity towards achieving the targeted broadband penetration of 70 per cent by 2025.

NCC’s chairman, Prof. Akande, assured of the commitment of the commission to completing the projects, which he said would add the necessary fillip to achieving the major objectives spelt out in the NDEPS, 2020-2030.

The EVC of NCC, Prof. Danbatta, highlighted the commission’s drive towards deepening broadband penetration in the country and the promotion of digital skills acquisition to improve service delivery in other sectors of the economy, including education, commerce, healthcare, agriculture, finance, transportation, governance, among others.

The event attracted so many stakeholders especially from the academia, as well as technology enthusiasts, including prospective start-up companies, fintech organisations and other interested sectors whose activities were billed to be energized through diligent implementation of the NDEPS and other extant policies guiding the digital economy agenda of the Nigerian government.