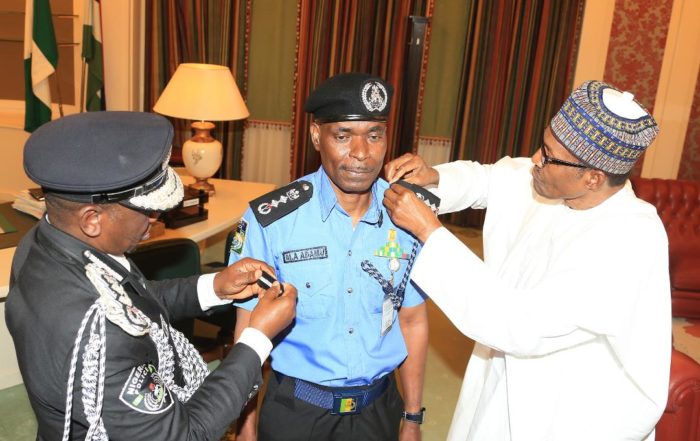 Mohammed Abubakar Adamu is the new Inspector General of Police, and that is official.

The new IGP was unveiled in Abuja on Tuesday by President Muhammadu Buhari.

He succeeds Ibrahim Kpotun Idris who retires as he clocks 60 years of age.

The new IGP was formally decorated by the president at the Presidential Villa, Abuja.

Adamu is from Lafia, Nasarawa State and holds a BSc in Geography.

He joined the Nigeria Police Force on February 1, 1986 as a Cadet Assistant Superintendent of Police.

Until his new appointment, he was a Directing Staff at the National Institute for Policy and Strategic Studies (NIPSS), Kuru, Jos, Plateau State.

He had at different times held the position of Commissioner of Police in Ekiti and Enugu State.

He was also Assistant Inspector General of Police in charge of Zone 5 Police Command Headquarters, Benin, Edo State at a time.