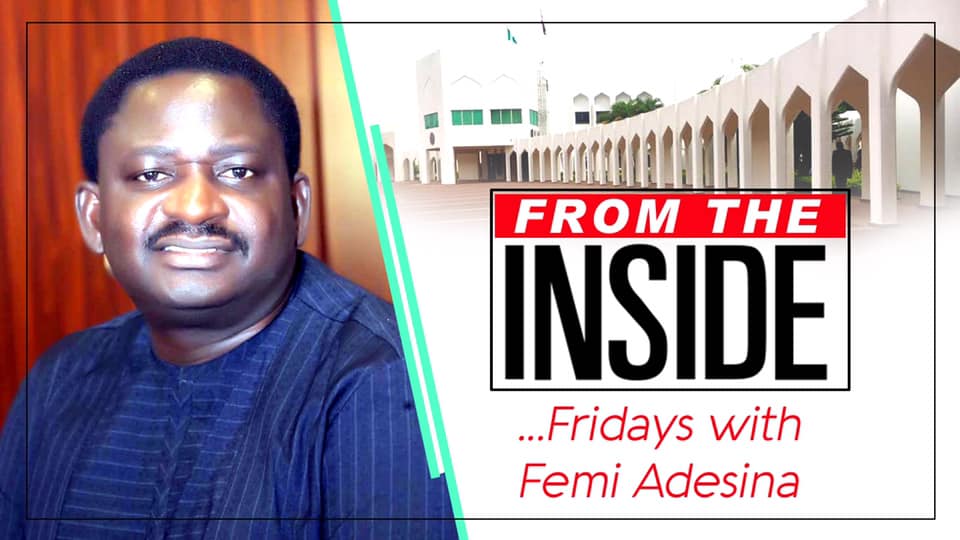 Each time I read of killings by gunmen in the South East, I go into the doldrums. I get mortified by the sheer waste of precious lives, the wantonness, malevolence and viciousness of it all. And I mean killings on both sides. The innocent law enforcement agents, mowed down in cold blood, and the misguided, brainwashed gunmen, who more often than not do not get away with their evil acts. MAD. Mutual Assured Destruction. That’s what usually happens.

I then tell myself. This is not the South East we used to know. What happened? How did grace turn to disgrace? How did young men, who used to be moved, motivated by sonorous songs and choruses suddenly become bloodthirsty hounds, not distinguishing between friends and foes, good and evil? How do you claim you want to liberate a people, after first shooting them to ribbons? How art thou fallen from heaven, O Lucifer, son of the morning! How art thou cut to the ground, which didst weaken the nations! (Isaiah 14:12).

Ironically, most of the people gunned down were indigenes of the area. Killing the same people you claim you want to liberate. It makes no sense.

The South East we used to know had Voice of the Cross. Oh, what a group of gospel singers! It had Sir Warrior, Oliver De Coque, Oriental Brothers, and many others. They would sing, and inspire you, and transport your mind to nobler things. Now, the soulful tunes have given way to the staccato sound of gunfire. What went wrong?

Let Reverend Sisters in the Convents, with their white attires sing those Igbo gospel songs, and nobody could convince you that they were not angels direct from above. Let the men, old, young, play the drums and other musical instruments, sing in baritone, and heaven would come down, and glory would fill your soul. Let a preacher from the region take the pulpit, and he intersperses his sermon with heavenly songs, which the congregation would respond rapturously to. That was the South East we knew, and not the current killing fields.

On Tuesday, this week, a combined security team of soldiers and policemen was stationed at Obeagu-Amodu, along Amechi-Agbani road in Enugu South Local Government Area of Enugu State. The security agents were the husbands of some women, fathers of some children, or they themselves were grown sons of some fathers and mothers. They had dreams, visions, even expecting Christmas soon.

They committed no crime. Rather, they were helping to keep society safe, keeping criminals at bay. Suddenly, like fiends from the bottom of hell, young men in two Lexus SUV and one Sienna Bus emerged, and opened fire on them. About three soldiers were said to have been killed, many others wounded, while the attackers themselves were shot in return, two were killed, and the others fled, with gunshot wounds. They would probably go home to die. Over what? For what reason? Futility. A pipe dream. Hundreds of such attacks have happened in the region over the past two years or so. Ironically, most of the people gunned down were indigenes of the area. Killing the same people you claim you want to liberate. It makes no sense.

The following day, at least five soldiers and a civilian were reportedly killed along the Umunze-Umunneochi road in Orumba South Local Government Area of Anambra State, by gunmen who had lay ambush for them . Madness. Sheer lunacy.

I was at a church service somewhere in the western part of the country recently. The chorus leader was obviously Igbo. It showed in his choice of songs, his intonation, and the dance steps! And could the young man sing, and dance, to boot. Nightingale. The expansive altar was not big enough a dance hall for him. At a stage, he jumped down from the elevated platform, and pirouetted round the auditorium. He carried everybody along, and we were in the Spirit, singing and dancing as if we had no other care in the world. That was an archetype of the South East we used to know. Godly, enterprising people, vigorous dancers. What then happened, that a good number of the young men are now ogres, fierce man-eating creatures, in the name of a security network? Oh, I miss the South East we used to know.

Sometime in June last year, Dr Joe Nwodo was being buried in Ukehe Nsukka area of Enugu State. I was in the team nominated to represent the President at the event. The delegation was headed by Labour and Employment Minister, Dr Chris Ngige. Mr Geoffrey Onyeama, Foreign Affairs Minister was there, Minister Sharon Ikeazor, and Senator Ita Enang, too. Come and see the armada of security convoy that led us into and out of Ukehe Nsukka from the Enugu Airport. Eight vans and buses in front, another eight behind. Filled with soldiers, mobile policemen, men of the Department of State Service (DSS), all armed to the teeth. Yes, there was a palpable sense of security, but I couldn’t help but ask myself; over what? Just because we were coming to represent the President at a burial ceremony? It wasn’t necessary, but then, if it wasn’t done, the burial that could have been done would be more than one. Why, why, why? That was not the South East we used to know.

Some people glibly say; it’s because we’ve been marginalized. Really? So, the medicine for headache is now to cut off the head? Is that not self-immolation, and cutting the nose to spite the face? And if you talk of grudges, is there no part of the country that doesn’t have its grudges? So the next thing would be to visit murder and mayhem on society, killing the very people that are allegedly being shortchanged? It doesn’t make sense.

What has happened to our dear South East? What subsists there now is an evil wind that blows no good.

In my days in active journalism (I return soon, mark my words), I had always written that there must be fairness and equity in how leaders emerged, particularly for the position of President. The South East, just like other parts of the country, must produce the number one citizen. But it must be by a combination of factors. Good politics, building alliances, negotiation, deft footworks. You can’t call the country a zoo, shooting security agents and civilians to kingdom-come, and then expect leadership on a platter of gold. It’s not done anywhere in the world. Yes, there would be a President of Igbo extraction in this country, but it won’t be by intimidation or bullying. We will all team up to produce such leadership.

President Muhammadu Buhari has done a lot for the country, particularly in the area of infrastructure. And no region has been left behind. Not the North, or the South, and South East particularly. Two weeks ago, we had a chronicle of great works done, and being done in that part of the country on this page. No leader ever solves all the problems in a country. He will come, do his bit, and somebody else succeeds him, and continues. History will ultimately be kind to Buhari, in that he came, he saw, and conquered to the best of resources available.

How I used to enjoy visits to South East in the past. How many times have I attended the Ezumezu (traditional homecoming) held in Igbere, in Abia State. How many Igbotonma (age grade retirement) have I attended, without looking over my shoulders. But not anymore. What has happened to our dear South East? What subsists there now is an evil wind that blows no good. May evil be defeated, and may the good old days return to all parts of our country. Amen x7.

*Adesina is Special Adviser to President Buhari on Media and Publicity