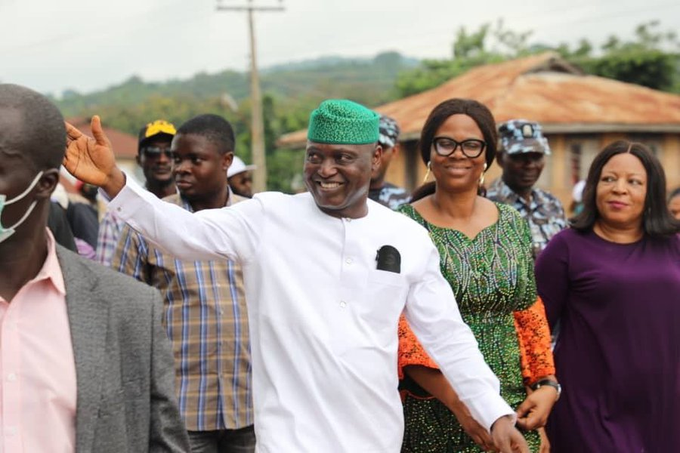 Ekiti State governor, Mr Biodun Oyebanji, has said he has handed the state over to God for direction and guidance.

Oyebanji stated this during a brief prayer session attended by his wife, Dr Olayemi Oyebanji, some family members and officials including the Head of Service, Barr. Bamidele Agbede, at the Government House Chapel, Ado-Ekiti on Monday.

The governor said he felt the need to kick start his first day at work with a short prayer session, committing the entire assignment into God’s able hand.

Governor Oyebanji, after the 30 minutes service, walked from the Chapel to his office where he had his first meeting with members of the Ekiti State caucus of the National Assembly.

He also held meetings with the Deputy Governor, Chief ( Mrs) Monisade Afuye, principal officers of the State House of Assembly, led by the Speaker, Rt. Hon Funminiyi Afuye; as well as the Head of Service and some top government officials.