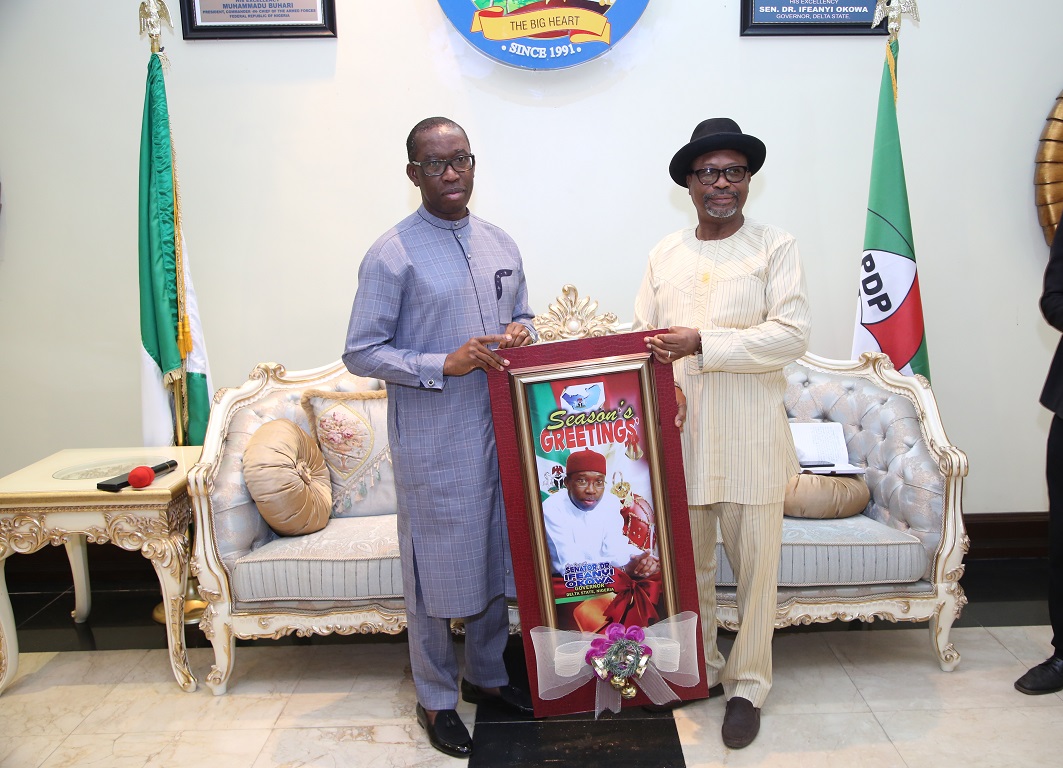 The Governor of Delta State, Dr. Ifeanyi Okowa, has described the civil service as a great contributor to the success story of his administration.

The governor made the description on Wednesday in Asaba when the Delta State College of Permanent Secretaries led by the Head of Service, Mr. Reginald Bayoko paid him a felicitation visit.

According to the governor, “there is no doubt that whatever we do in government, it will not be successful without your (civil servants) commitment; without the bureaucracy, governance will not be easy.”

“There is no doubt that we have gone through tough times and the situation is getting better; we have been trying to get out of the mono-economy but, the economy of Nigeria is still dependent on oil,” he said, asserting, “I appreciate the cooperation I am getting from the civil service; though we still have some challenges in the area of pensions, we are doing a lot in that area.”

While observing that 2019 is an election year, Governor Okowa urged the Permanent Secretaries to put in their best in their jobs, as such would spur their subordinates to work harder.

He expressed hope that there will be “reasonable and peaceful transition as we go into the elections; the more we relate with ourselves, the better for us; I thank you for this visit which is the first official visit in the year, 2019.”

Mr. Bayoko had said the visit was to appreciate Governor Okowa for what he has done for civil servants and the people of Delta State.

“We are here to thank God who has manifested Himself in you; it is a good thing that we visit you physically and appreciate you; we thank you very much our Governor for what you have done for us and what you will continue to do for us,” the Head of Service said.

High point of the visit was the presentation of gifts to the governor and offer of prayers for the governor, members of his family, the civil service and the people of Delta.