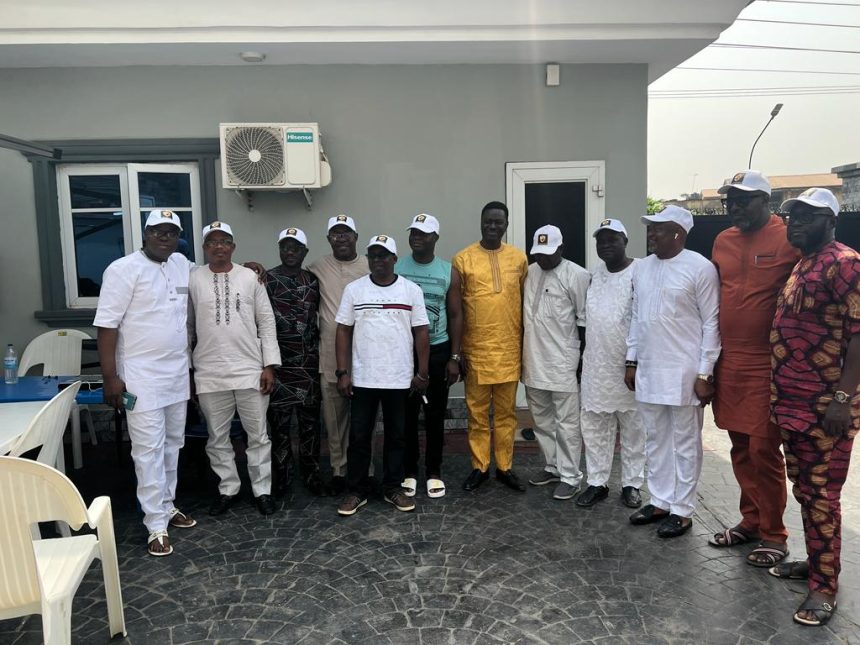 The need for public spirited individuals, corporate bodies and organisations to extend their hand of fellowships to the less-privileged in the society has been stressed.

Making the charge on Monday was Mr. Tade Ademola, President, De Prestige Boyz Club while leading the members including their spouses and children to BAB-ES- SALAM Home to donate food items to the facility.

While commending the management of the motherless children home for providing a conducive and enabling environment to raise children, Tade said that the club decided to bring their children along so as to make them appreciate the privilege they had in their various homes as well as inculcate in them the spirit of giving and sharing.

“We bring our children here today for them to know that life is not always a bed of roses and for them to appreciate whatever we provide for them at home and more importantly to teach them the act of sharing with the hope that when they grow up, it won’t be difficult for them to have a sense of compassion,” Tade said.

While appreciating and commending members of De Prestige Club as well as other corporate bodies and individuals for their generous donations of foods and other items, the head of the Home, Mr. Hassan Tahir noted that the Home had benefitted immensely from the goodwill of Nigerians.

In his response to a question from one of the kids who sought to know why they were taking care of children from other parents instead of their own, Tahir noted that the home took care of only children who had lost their parents and had nowhere to live or nobody to take care of them.

He added: “Just as you have your parents with you, we are the parents of these ones you see here.”

Earlier, the Club held an interdenominational prayer service session both for the members, their families and the nation.

In his sermon, a Pastor from The Redeem Evangelical Mission, TREM, Laja Osanyibi, commended members of the Club for putting God first in the year saying that the prayer session could not have come at a better time than the second day in the year.

De Prestige Club which was formed four years ago has 14 members from both within and outside Nigeria with the main objective of lending helping hands to members.