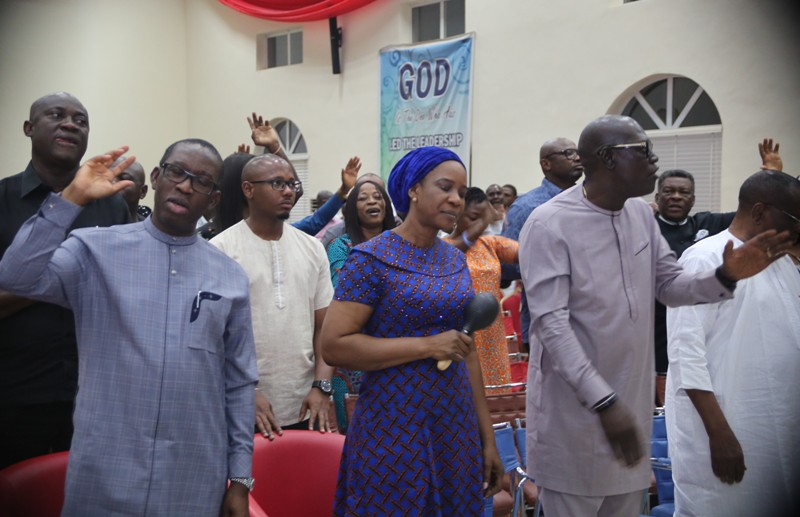 The Governor of Delta State, Dr. Ifeanyi Okowa, has expressed confidence that God will grant candidates of the Peoples Democratic Party, PDP, victory in the general elections billed to hold in the months of February and March.

Speaking at a vigil service to dedicate the PDP campaign for 2019 general elections to God, Okowa stated:  “Because we have put our God first, we have no need to be scared going into the campaign or scared of the elections, God is leading us into the battle, we will have victory.”

The vigil was held at the Government House Chapel, Asaba on Wednesday.

“As a people and as a party, there is no doubt that we have been working hard these three and half years to deliver democratic dividends to our people, but, it is significant that we come to the presence of God today to seek Him,” Okowa said.

He asserted that “it is going to be the battle of the spirits and our God will prevail; our opponents that are relying on small gods will fail, Delta State can never return back to Satan, be strong and of good courage; go into the campaign praying together, go out with one mind trusting in God our Lord and victory will be ours.”

“We should think about PDP realising that we are one family because, once we have that in mind, we will excel; don’t be afraid because every power is subject to the power of the Almighty God and we have God on our side.  Opponents will come with all sorts of rumours but know that God is doing a lot on our behalf and we must continue to build on the gains of what the Lord is doing for us; we will need to work hard to ensure that we deliver all the candidates of our party.”

Ven. Charles Osemenem delivered a sermon on the theme, “When God desires,” stating that there is a reason for everything and “all glory must go to God because God will do what He has set to do.”

“Always pray for the grace of God because when God decides, no one can stop it, no man can share in the glory with God,” he said.