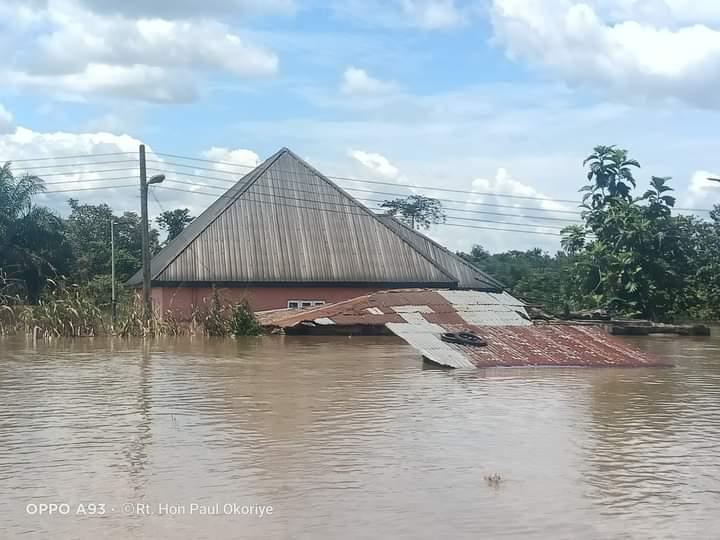 The unending flood across Bayelsa has continued  to wreak havoc as it has washed up several corpses at Azikoro Government Cemetery in Yenagoa, raising health concerns from the offensive odour in the neighbourhoods.

The flood, which has displaced hundreds of thousands of residents, had compelled the electricity company in charge of the state to shut down public power supply.

This was done out of safety concerns to avoid electrocution as most transformers had been submerged.

Mr Iselema Gbaranbiri, the Commissioner for Environment, who doubles as the chairman of Bayelsa Flood Committee, confirmed that three floating corpses were recovered from the scene.

He said that the corpses were immediately reburied and the environment properly fumigated.

He explained that the ministry got a report that one corpse was washed up but officials dispatched to the scene found three.

“The floating of corpses was actually reported. I got the report of a floating corpse and I directed the Head of Health and Sanitation to get the corpse reburied. Two more corpses were recovered and reburied and the environment was properly fumigated,” Gbaranbiri said.

Meanwhile residents near the area had appealed to the state government to relocate  the cemetery to safeguard public health.

They also noted that  the chemical  applied to end stench from decomposing corpses  pose serious health hazards to residents, calling on the government to provide relief for them and relocate the cemetery after the flood.

Jeremiah Owoupele,  one of those who resides in the area, appealed to Governor Douye Diri to relocate the cemetery for health reasons.