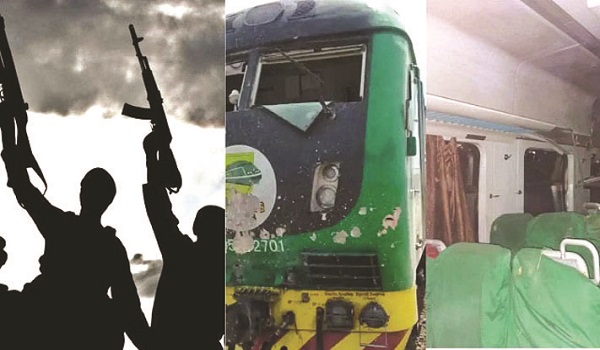 The federal government has condemned the kidnapping of train passengers at Tom Ikimi Train Station, Igueben in Edo State, describing the incident as despicable and utterly barbaric.

In a statement issued on Sunday by the Director of Press and Public Relations, Ministry of Transportation, Mr Henshaw Ogubike, the government said efforts were ongoing to rescue the victims.

The statement reads: “The Public is hereby reassured that the security agencies are making efforts to rescue the kidnapped train passengers.

“The Nigeria Police is on the trail of the criminals and have mobilised with a view to protecting the lives and property of the remaining passengers.

“The government is saddened by this unpleasant development and assures on its prompt response to the ugly situation.

“Further details will be communicated later.”

An unspecified number of travellers waiting to board a train from Igueben Station in Igueben local government area of Edo State to Warri in Delta State, were kidnapped on Saturday by gunmen suspected to be herdsmen.

The kidnappers also left many other passengers injured.

The incident came about ten months after some terrorists attacked a Kaduna bound train from Abuja, leaving many people dead.

The Saturday incident was confirmed by the Edo Police Public Relations Officer, Chidi Nwabuzor, in a statement he issued.

He explained that the kidnappers who were armed with AK 47 invaded the train station, shot into the air sporadically and kidnapped some of the intending passengers.

According to the police spokesman, some of the intending passengers sustained bullet wounds.

He however said efforts had already commenced toward rescuing the victims.