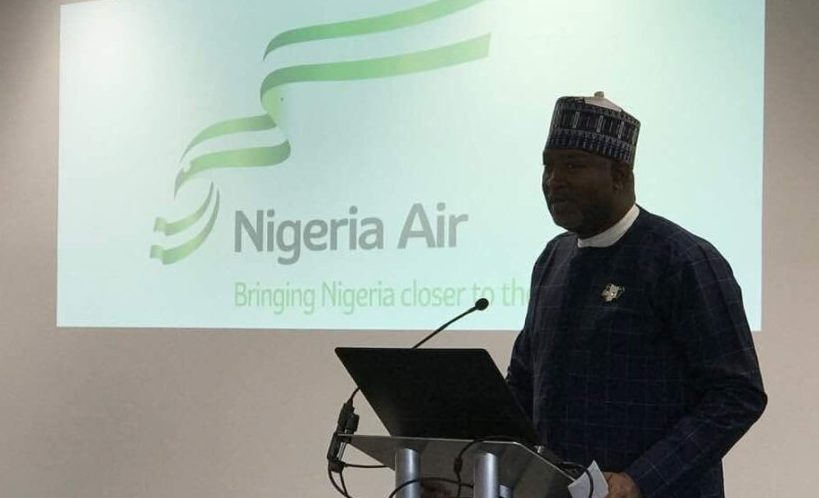 Barely three months to take off, the national carrier, Nigeria Air, has been suspended.

The airline was slated to start operation in December.

The suspension was announced on Wednesday by the Minister of State for Aviation, Hadi Sirika.

Writing on Twitter, he said:  “I regret to announce that the Federal Executive Council has taken the tough decision to suspend the National Carrier Project in the interim. All commitments due will be honoured. We thank the public for the support as always.”

It would be recalled that the airline was unveiled in July at the Farnborough International Airshow in London.

It was meant to be largely owned by private operators while the federal government would own just five per cent.

Said Sirika at the unveiling:  “Nigeria has unfortunately not been a serious player in Aviation for a long time. We used to be a dominant player, through Nigeria Airways, but sadly not anymore…

He blamed the death of Nigeria Airways which preceded Nigeria Air on governance and finance.

“Nigeria Airways was owned by the government of Nigeria and over time it lost track and lost funding and someone, therefore, decided to shut it down and it died,” Sirika said.