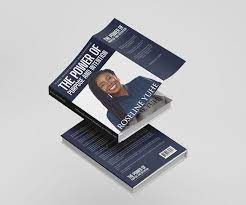 A writer and educator, Mrs Roselyn Yuhe, has narrated her ordeal, many years after her encounter with sexual and domestic abuse.

Yuhe, who spoke in an interview with the News Agency of Nigeria, NAN, on Thursday in Abuja, said that it took great courage to finally speak about her experience in her latest book, The Power of Purpose and Intention.

According to her, the world, including members of her family would get to know about what she went through as a child for the first time, in the book.

“My story can best be described as turning scars into a healing balm for others.

“I was raped by my school teacher at the age of 15, but no one in my family knew about it because I couldn’t tell anyone, they will all get to read it in my new book.

“I have been traumatized for years.

“The experience altered my performance in class back in school then; also, I noticed later in life that my grace dropped and I wasn’t ever the same again.

“It affected my lifestyle, I began to make wrong choices, one of which was getting to marry a wrong partner who ended up violating me as well.”

Yuhe added that the experience reduced her confidence and made her to contend with low self-esteem which limited her growth and progress in life.

She explained that she couldn’t speak out then, because her environment and the society normalized domestic violence and expected victims to endure such marriages.

She said: “In the past, a typical African setting would expect a woman to endure and not to leave her matrimonial home, especially when she has children.

“Unfortunately too, my in-laws were not on my side and never liked me for reasons I never got to know.

“Then, I couldn’t leave also because I was afraid of what people would say. It was believed that once you return home, you become a prostitute or wayward especially as a single mother.

“Fortunately for me, leaving my marriage after a thorough thought opened my eyes and I realized my potentials and discovered I wasn’t where I was supposed to be.

“Today, I’m a trained educator, a school proprietor and an education counselor.”

Yuhe said the book would encourage other women who might have encountered any form of abuse to remain focused and determined to explore life.

She said that such victims should not allow societal beliefs, pressure and past experiences to deter them from achieving their goals in life and impacting positively on the society.

“No matter who you are, you can break free. If I can, you can as well. This is one of my message to especially single mothers.

“The fact that you are single does not make you a prostitute but you can strive to live an exemplary life that can be emulated, especially for your children’s sake.”

Yuhe said that the book, which was launched on December 10, 2022 and already selling, would also encourage women to speak out, show up and distinguish themselves from others irrespective of their past.