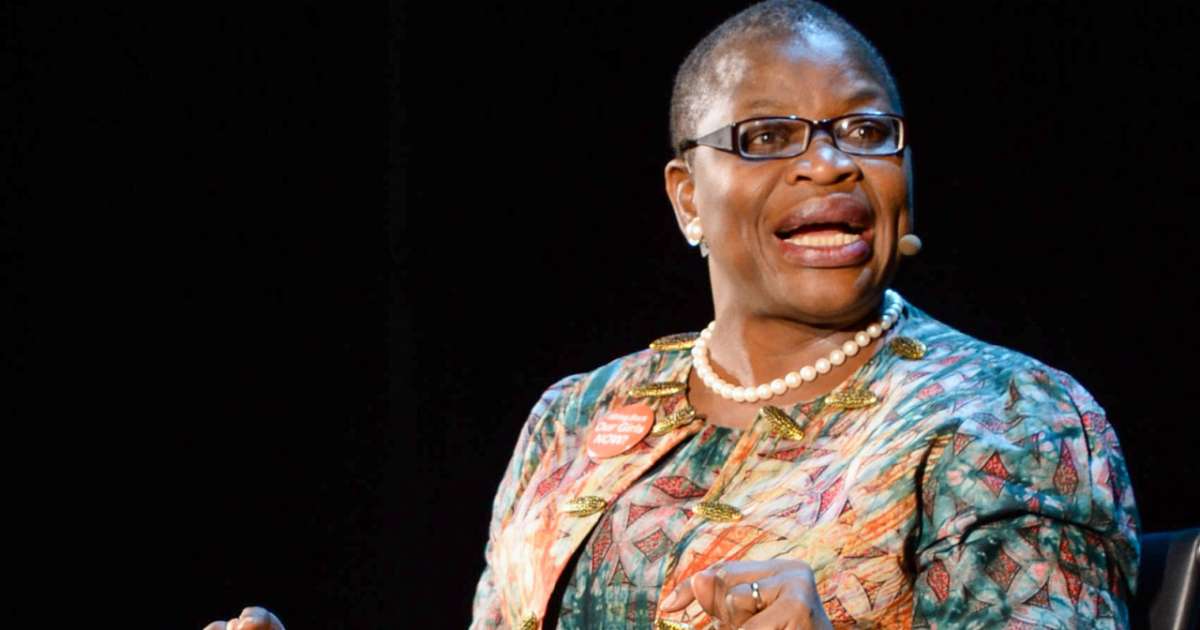 Former Minister of Education, Oby Ezekwesili, has declared that the major reason she withdrew as the presidential candidate of the Allied Congress Party of Nigeria, ACPN, was the transactional attitude of the leadership of the party to politics.

She said her evidence was in the declaration of support by the leadership of the party for the presidential candidate of the All Progressives Congress, APC, President Muhammadu Buhari, on Thursday.

She described as false, the claim that she was out to use the party’s platform to negotiate for a post.

Ezekwesili made the latest remarks in a statement she issued on Friday.

In the statement she issued on Thursday to announce her withdrawal from the presidential race, Ezekwesili explained that the need to join a coalition to sack the two leading party, APC and the Peoples Democratic Party informed her position.

But at a press conference also on Thursday, the leadership of the ACPN faulted her, saying she was lying.

The party also threatened to sue her if she did not return all the donations she collected as presidential candidate as they would have to account to the Independent National Electoral Commission, INEC.

It was at the occasion that the party declared its support for Buhari in the coming election.

In her latest statement, Ezekwesili who said she was in Mexico promised to address a press conference where she would throw further light on the case on arrival in the country.

The statement by Ezekwesili reads:

NO AMOUNT OF LIES CAN STOP THE EMERGENCE OF A NEW POLITICAL MINDSET AND ORDER.

Three hours ago, I arrived far flung Cabo in Mexico where our Albert Einstein’s Genius100 Visionaries meeting is holding. I was delighted to read reactions of real patriots to my announcement that I’ve decided to withdraw from the 2019 Presidential race & end my membership of Allied Congress Party of Nigeria- ACPN. I have also seen the reaction of ACPN leadership to my decision.

Fortunately, they have divinely helped me by making the Nigerian public now fully understand why I had to swiftly depart from their midst. How could I upon realizing the divergence of values and vision with the leadership of the Party continue to stand on such a political platform? My abiding vision has been to mobilize citizens to disrupt the old order politics of APCPDP.

Nigeria and Nigerians deserve a New Order of ethical, competent and capable leadership which I had mistakenly assumed the ACPN was aligned with me to offer, until it proved otherwise. The values and vision divergence with the Party was a key factor that triggered my withdrawal from the Presidential race on their ticket prompting me to dissociate immediately in order to help build a coalition for Good Governance. It is why I was instant in sacrificing my candidacy to uphold my values by withdrawing.

The Party’s decision to immediately today endorse the candidate of APC which was announced by my erstwhile VP candidate who is also the Chairman of ACPN was their classic political entrepreneurship in full display for Nigerians to see. It is instructive.

The Party leadership’s transactional approach to Politics began to manifest in their attitude following after the Convention that adopted me as their Presidential Candidate. All who know me can attest that I detest transactional mindset. I would have none of such and therefore extremely delighted to part ways after a tumultuous three months of hoping that the ACPN leadership would elevate to the new values of disruptive politics that one had desired for and preached within the Party.

As for the defamatory statements made against my person by the ACPN leadership in their malicious statement, I want Nigerians to know that there is NO IOTA of truth in any of them. Everything ACPN wrote or said of the campaign donations is fabrication & outright lies. Our Campaign was conducted with the highest level of transparency and accountability with impeccable evidence. I know and can guarantee that at all times because these standards firmly underpin my commitment to lasting values and professionalism.

Only those who desperately wish to believe falsehoods would lend any credence to such puerile accusations by the leadership of ACPN. Only those who pretend ignorance of my legendary and uncompromising passion for accountability would give heed to such baseless statement.

I have declined any interviews until my return to Nigeria upon which I shall hold a World Press Conference to engage Nigerians on the actions I shall take even as we present a full report of our 3-month old Campaign for the 2019 presidential election to the public.

I want to again thank all who supported us in the last three months with their talent, time and treasure to run a formidable Campaign. Without your support, we would never have attained the height #Hope2019achieved. You gave our Disruptive Campaign real VALUE.

We shall at the World Press Conference also provide insights into the citizens’ movement that we are energized and committed to building. There is no end to our zeal to end the reign of Bad Politics in our country.

Finally, take it from me that WE shall definitely build the Coalition force that will terminate the poverty escalating governance of the two dominant parties in the 2019 election.

We are citizens of Nigeria.

And we are resolved.