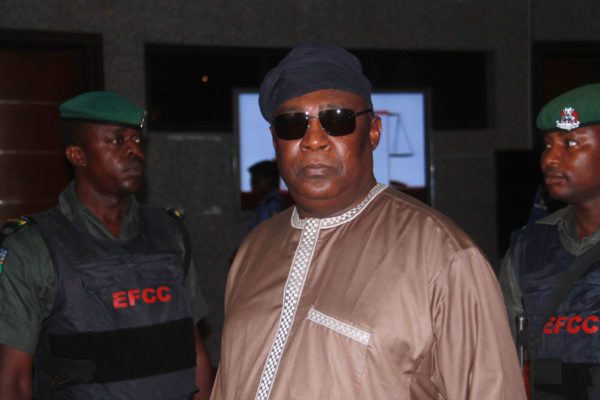 He died as a result of the gunshot wounds he sustained in an attack along Abuja-Keffi Road when returning from his farm.

The death of Badeh was announced by the spokesman of the Nigeria Air Force, Air Commodore Ibikunle Daramola, on Tuesday.

“It is with a heavy heart that I regretfully announce the unfortunate demise of former Chief of Defence Staff, Air Chief Marshal Alex Badeh, who died today, 18 Dec 2018, from gunshot wounds sustained when his vehicle was attacked while returning from his farm along Abuja-Keffi Road.

“On behalf of officers, airmen and airwomen of the Nigerian Air Force, the Chief of the Air Staff, Air Marshal Abubakar, commiserates with the family of the late former Chief of Defence Staff over this irreparable loss. We pray that the Almighty God grants his soul eternal rest,” Daramola tweeted.

Born on January 10, 1957 in Vimtim, Mubi Local Government Area of Adamawa State, he was Chief of Defence Staff between January 2014 and July 2015.

Badeh was being tried by the Economic and Financial Crimes Commission, EFCC, over alleged money laundering to the tune of N3.9 billion.