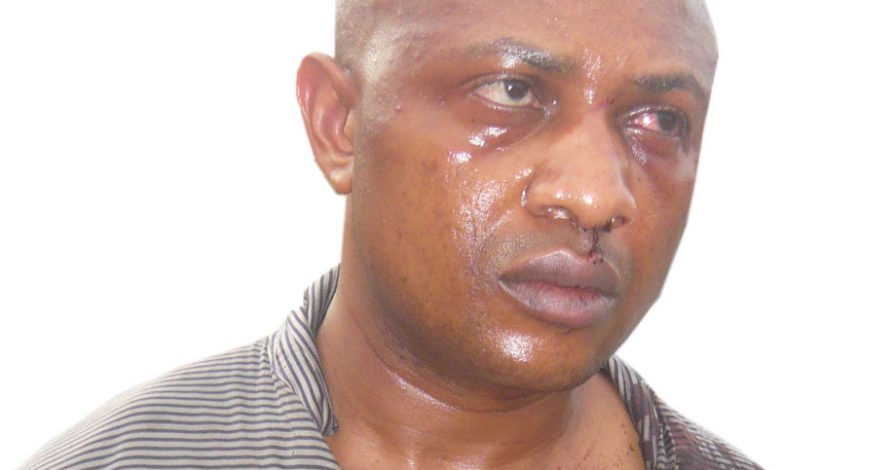 The alleged notorious kidnapper, Chukwudumeme Onwuamadike, popularly known as Evans, on Wednesday denied his confessional statement upon his arrest in 2017.

He said he was forced to make the statement to save his life.

Evans made the denial of the statement during the  resumed hearing of his case at the Igbosere High Court, Lagos .

The case was presided over by Justice Adedayo Akintoye.

Defending his position, he said he had to write the confessional statement seeing how police tortured to death other accused persons in their custody.

That, he said, they did by suffocating the suspects with plastic bags.

According to him, they threatened to do the same to him if he did not co-operate.

His words:  “When I asked what I was to sign, the police officers slapped me and even quenched a cigarette on my hand.

“The officers were beating me and told me that if anything happens to me, no one will know. They hit my head and blood was gushing, the scars are still on my head.

“When I saw how five men, who were paraded with me, were tortured and killed, I agreed to sign the papers with fear of what happened to the other men.”

Evans who was led in evidence by his lawyer, O. I. Ajanuku, to determine whether or not he made the confessional statement under duress said the contents of the document he signed were not read out to him.

No video recording, he added, was made during the process of making the statement.

He was however cross-examined by the Lagos State counsel, Jide Martins.

The charges against Evans border on conspiracy to kidnap, kidnapping and attempted murder.

Those standing trial with him are Joseph Emeka, Ugochukwu Nwachukwu, Linus Okpara and Victor Aduba.