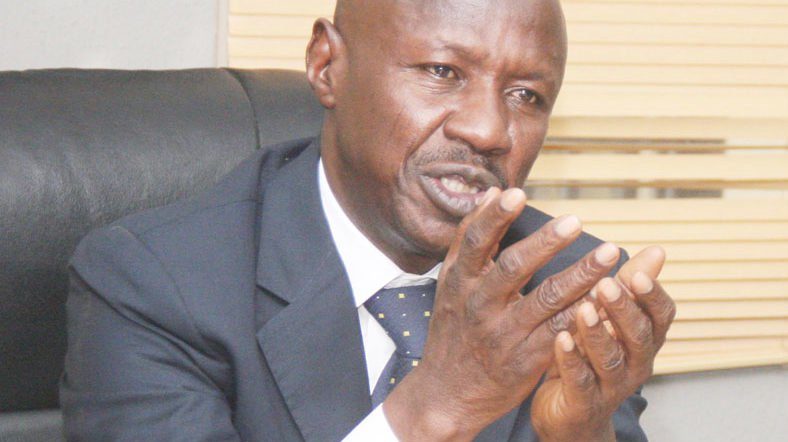 The Economic and Financial Crimes Commission, EFCC, has handed over 116 cars and 20 houses to First Bank Plc.

The properties in Edo, Rivers and Lagos states were recovered from Michael Obasuyi Osasogie who confessed to an N11.4 billion fraud and sought a plea bargain.

According to the Acting Head of Media and Publicity of EFCC, Mr. Tony Orilade, Osasogie carried out the fraud with the use of Fundgate Financial Application.

The statement by Orimolade reads:  “Trouble began for Osasogie after a petition he wrote to the Commission against E-tranzact in March 2018.

“The Commission, however, investigated Osasogie’s business interests, following the receipt of a counter-petition written by E-tranzact against Osasogie and one of his companies, SmartMicro.

“SmartMicro was said to have approached E-tranzact in 2012 for the deployment of bulk purchase solution called “Corporatepay” to facilitate payment of salaries of Delta State employees in microfinance banks.

“It was also alleged that e-tranzact configured an additional outbound fund transfer solution called ‘Fundgate’ in 2017, which required SmartMicro to maintain a pre-funded settlement account with First Bank Plc for settlement of account it had initiated.

Osasogie who is a graduate of Philosophy from the University of Lagos, UNILAG, confessed to perpetrating fraud was arraigned alongside his firms—Platinum Multi-Purpose Co-operative Society, SmartMicro Systems Limited and Platinum Smart Cruise Motors Limited.

His arraignment was on May 24, 2018 before Justice Mojisola Dada of the Special Offences Court sitting in Ikeja.

“That you, Michael Obasuyi Osasogie, Platinum Multi-Purpose Co-operative Society, SmartMicro Systems Limited and Platinum Smart Cruise Motors Limited, sometime in the year 2016 in Lagos within the jurisdiction of this Honourable Court, conspired to commit felony, to wit: stealing of the sum of N11, 498, 944, 038.29  property of First Bank Nigeria Ltd.,” one of the charges reads.

Osasogie pleaded guilty to the charge and entered into a plea bargain.

Justice Dada convicted him on all the counts and sentenced him to one year imprisonment.

116 buses, 20 properties and monies in his possession were forfeited to First Bank Plc.