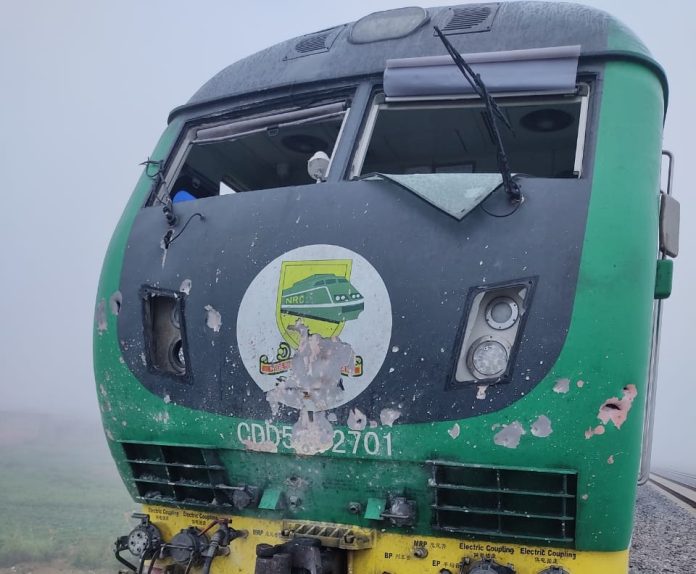 One suspect has been arrested in connection with the kidnapping of train passengers in Edo State on Saturday.

This is as the number of kidnapped person is said to be 31.

Edo State Commissioner for Communication and Orientation, Chris Nehikhare, made these known on Sunday when he spoke with newsmen.

The passengers were said to be waiting for a 4 p.m. train from Igueben to Warri when the kidnappers struck, shooting sporadically, abducting passengers and leaving many injured.

Nehikhare who spoke in Benin said that one abducted passenger escaped from the kidnappers, while the police had arrested one of the suspects.

His words: “The kidnap is the most difficult occurrence in the state currently. Few armed men who came with vehicles at about 4 p.m. started shooting sporadically at the Igueben train station.

“Kidnapping 32 while many others were injured. They came with cars but took their victims into the bush on foot.

“The police in collaboration with the vigilante and hunters started combing the bush almost immediately.

“One suspect has been arrested and he is helping the police in their investigation.

“The Deputy Governor, Philip Shaibu, visited the scene of the crime this morning to have an on the spot assessment of what has happened.

“We are pleased to say that one suspect has been arrested. We congratulate the police and the Edo security network for the swiftness which they attended to the security breech,” Nehikhare said.

According to him, “we sympathise with the families of the victims and hope that this is the last we will have such daring people invading government infrastructure.”

Nehikhare also disclosed that the state government was up-to-date with the payment of pension to retired workers and was currently expending one-third of its personnel cost on pension payments.

“We make available N100 million monthly to pay gratuity to those retirees with serious medical challenges. We paid over N1 billion last year and we have also budgeted another N1 billion for 2023.

“We are constrained to believe that the protests in the past over pension were politically instigated,” he said.