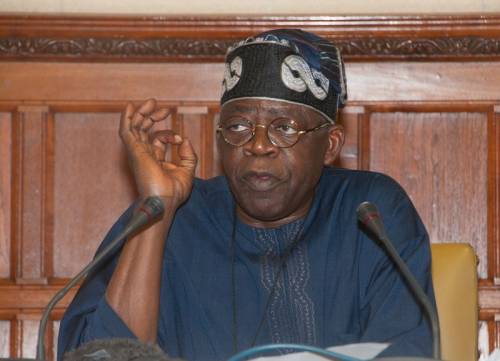 Describing the abduction of 31 passengers who were waiting to board train at Igueben Station to Warri as another sad episode in the security challenges facing the country, Tinubu said Nigeria would prevail against the agents of darkness.

The APC presidential candidate sympathised with the victims who are still held captive by the attackers and urged the federal government, Edo State government and local authorities to work with the security agencies on quick action to secure the release of all the victims.

“I condemn the mindless attack and abduction of innocent train passengers in Edo State by terrorists on Saturday. From available information, the security agencies are working hard to rescue the victims. I urge more collaborative efforts by the Federal Government, Edo State Government and other local authorities on quick rescue of all the victims.

“This occurrence is a sad reminder that we have not completely won the war against insecurity and that there are still some agents of darkness lurking around the corner. But I want to assure Nigerians we will win this war.  Evil will not prevail over our country because of our strong determination to exterminate the dark forces everywhere they manifest.

“One of the reasons I am running for the presidency is to improve on security situation and tackle every form of insecurity in our country. We have a clear plan to end violent crimes and terrorism through our Anti-Terrorism Battalion Forces, investment in more security hardware and surveillance technology that will make our streets, neighbourhood and forests safer for socio-economic activities to thrive and bloom.

“I commend the rescue efforts of the security agencies that have led to the arrest of some of the terrorists. Nigeria shall overcome.”