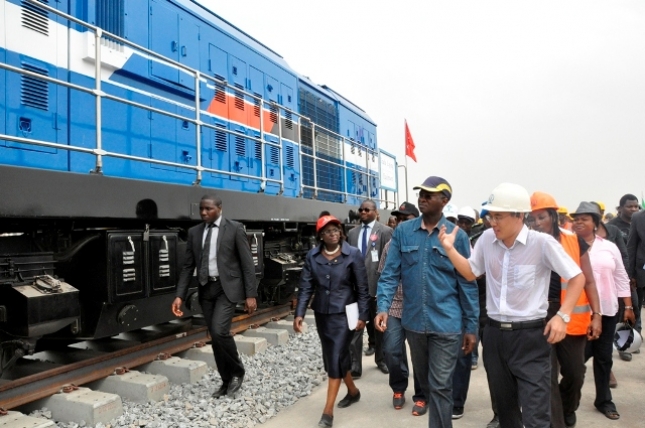 The Lagos Metropolitan Area Transport Authority, LAMATA, has warned the people of Lagos State to avoid contact with the Blue Line rail when it becomes operational, to avoid being electrocuted.

The Managing Director of LAMATA, Abimbola Akinajo, gave the warning ahead of the inauguration of the rail line by the state government.

Akinajo who spoke in a video message to the people of the state said they should use the overhead bridges and other exits provided once the train starts functioning.

According to the LAMATA boss, being a facility that runs on electricity, it could electrocute anyone that might have contact with it.

Her words: “We all know that we have publicised that the Blue Line will be an electrified rail system, which means the electrification will be along the track.

“For us that means there are no tolerance.

“If you want to cross from one side to the other, you must make use of the overhead bridges.

“This is a necessity for all of us to understand.

“We have a government that is very responsible and we have fenced all the alignment for the Blue Line to ensure that people do not cross it.

“But we see time and time again that people go there and cut the fences and they run across.

“This is fine until we electrify and we need to understand that this is not acceptable.

“Not because LAMATA is saying don’t do it, but because it is a matter of life and death.

“It is a health and safety issue.

“Anywhere in the world this is how it functions and if we want to develop, we need to begin to understand that this is the way we are heading.

“For a sustainable rail system that is good for emission, electrified rail is the way forward and when your rail is electrified, then we must not interface with it.

“We ask this and we ask that people be responsible and understand that it is mandatory that nobody crosses the track.

“We have bothered to put pedestrian crossing, access for physically challenged and therefore we have no reason to cross the track.

“We just ask that the people respect this and respect the rails because if we don’t, we would find ourselves in very dire situation.”