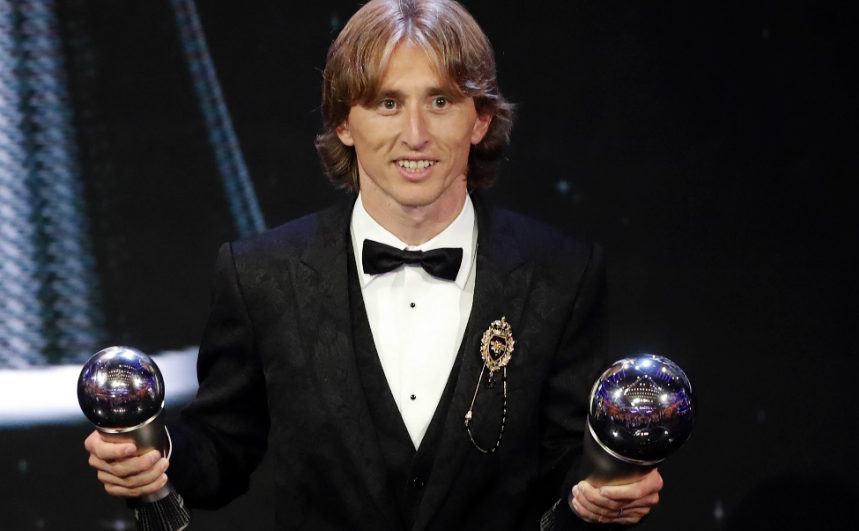 Real Madrid and Croatia midfielder, Luka Modric, was on Monday, declared the winner of FIFA Best Player of the Year.

His emergence put an end to the decade-long domination of the award by Cristiano Ronaldo and Lionel Messi.

Modric made brilliant appearances for Real Madrid and Croatia.

In the last World Cup, the midfielder inspired Croatia to get to the World Cup final.

It was the first time Croatia achieved the feat.

Luka Modric, in his speech at the occasion, dedicated his award to his team mates and the national team.

“It’s a great honour and beautiful feeling to stand here with this trophy, I would like to give congratulations to Mohamed and Cristiano for the great season that they had. I am sure in the future you will have another opportunity to fight for this.

“This trophy is not just mine. It is for my Real Madrid team mates, the Croatia national team and all my coaches. This is also for my family, without who I would not be the player I am,” he said.

Mohamed Salah won the award for scoring the best goal in the Merseyside derby.

Best Goalkeeper was won by Thibaut Courtois, and the Best Women’s Player of the year award went to Marta, the Brazilian and Orlando Pride player.