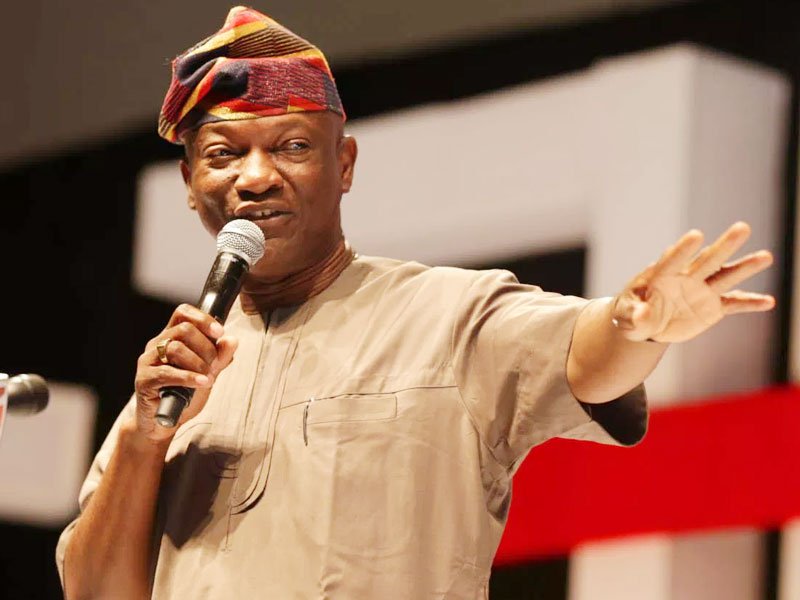 Governorship candidate of the People’s Democratic Party, PDP, in Lagos, Mr. Jimi Agbaje, has said one of the reasons the ruling All Progressives Congress, APC, should not continue in office in Lagos State is because it allegedly perpetrates corruption on the matter of land acquisition and compensations.

Agbaje said the trend had been for the ruling forces dominating state affairs in the last 19 years to shortchange land owners and resell to land speculators for a pittance.

On some occasions too, he said, they entirely dispossess the landowners without an appropriate compensation package.

Agbaje made the claim at the weekend when he addressed residents of Ibeju-Lekki.

He was accompanied by his running mate, Mrs. Haleemat Busari.

Agbaje reiterated his vow that the Lekki Toll Gate would cease to exist as soon as he took over power in Lagos State.

He stressed that land usurpers in power could not be allowed to continue business as usual as they dealt in injustice.

His words:  “They have taken over all your land here.

“What is happening now in Lagos State is that land owners are shortchanged and their land stolen. These people are after what they can get from investors, not after the interest of the citizens. They tell the people that they have negotiated on their behalf and they pocket the lion’s share of the amount collected from investors. Should we continue this way?”

According to him, land owners in the state would only get their proper entitlements with the overthrow of the present political system in the coming elections.

“Land management process in Lagos State has been done in a manner that has continued to benefit members of the privileged cabal in the state and this is not right. Ordinarily, what a sincere government ought to do is to midwife a deal between land owners and the investors who should pay the appropriate compensation to the owners. The arrangement we have now is that these people collect money from the investor and pay pittance to the indigenes and this has been the root of the crises between the indigenes and the numerous investors in the state,” he said.

Bemoaning the state of infrastructural decay in the area, he observed that the road from Ibeju-Lekki to Epe had failed to be developed beyond the efforts that the state’s Second Republic Governor, Alhaji Lateef Jakande, put in place since 1983.

He also bemoaned the fact that the zone could only boast of two government-owned secondary schools, which, he pointed out, were a far cry from the needs of the children in the area.

Agbaje promised that his government would provide more schools with state-of-the-art facilities, as education featured on his list of priorities.

“Our priority when we come into government is education. All schools will be well-equipped. In Lagos today, pupils sit on the floor. If we fail to train our children well, we have no future. Our education will be premised on that of Chief Obafemi Awolowo,” he promised.

“Gone are the days when government schools were better than private schools. We must go back there,” he added.

He said the people’s electricity needs would be met as he planned to increase power generation by 3,000 megawatts by the end of his first tenure.

The PDP candidate thereafter paid a courtesy visit to the palace of paramount ruler, Oba Olusegun Bamidele Salami, Ogunbase I, the Onibeju of Ibeju land, where he and Mrs. Busari were showered with prayers.

Agbaje also assured the monarch that his government would urgently ensure that the mini water works, built by Jakande across the state were revamped to provide potable water supply to residents.

In his welcome address, the PDP candidate to the Federal House of Representatives, Prince Wasiu Elemoro, had earlier at the town hall meeting, urged his people to remain steadfast in their support for his party.

He said with PDP government, there would be progress.