The Alliance for Surviving COVID-19 and Beyond, ASCAB, led by prominent Nigerian human rights lawyer, Mr Femi Falana, on Monday declared that the claim by President Mohammadu Buhari that the late dictator, Sanni Abacha stole $1b contradicts the figures earlier released by his own officials.

ASCAB described as inconsistent the president’s statement contained in an article he wrote for the international magazine, Newsweek adding that the $1b quoted by Buhari was barely one fifth of the total amount top officials of the same government claimed to have recovered from the late military henchman.

ASCAB said the president’s article fell short of reflecting the stark realities of corruption at the home front and had ridiculed the image of the country as forebears of truth.

“There is a wide gap between the $1b President Buhari claimed Abacha had stolen and the $5b earlier admitted by the same government. This raises fundamental questions about the whole gamut of the campaign against corruption which is one of the focal points of Buhari’s regime” ASCAB said in the statement issued on Monday and signed by ASCAB Secretary for Publicity, Mr Adewale Adeoye.

The group insisted that the inconsistency had raised fresh dusts that suggested the Federal Government was concealing its knowledge about the extent the country was gang raped by an outstanding rogue regime that ruled the country for five years.

President Buhari, in the Newsweek wrote that “close to $1bn of funds stolen from the people of Nigeria under a previous, undemocratic junta in the 1990s that have now been returned to our country from the US, UK and Switzerland,” yet Transparency International, TI, said the FG recovered not less than $3.6 billion from the Abacha loot from 1998-2020.

ASCAB, established by labour and over 70 civil society spread across Nigeria came in the wake of the coronavirus pandemic to ensure tiers of government are pinned down to the highest levels of fiscal responsibility in the face of economic meltdown associated with COVID-19.

ASCAB said the Economic and Financial Crimes Commission, EFCC, and the Ministry of Justice in various local and international engagements had brandished  $5b as the range of funds stolen by Abacha adding that using the influential Newsweek magazine to parade a ridiculously short comparative figure came as an extremely low water level of Presidential correspondence.

ASCAB said global estimates had listed Abacha as the fourth ranked most self-enriching leader in the world in the previous two decades preceding 2004 having stashed away some $5b booty stolen from public funds at a time when those who grilled his authority were either killed, maimed or jailed.

The Minister of Information and Culture, Alhaji  Lai Mohammed on November 27, 2018 said that the Whistleblower policy had recovery N540 billion while the Minister of Finance, Mrs Zainab Ahmed, disclosed on May 16, 2019 that the same policy had yielded N605 billion.

ASCAB calls for full disclosure on the amount of money recovered so far.

The group said President Buhari appeared to consistently tilt towards offering a blanket of protection for Abacha.

ASCAB said over the years Buhari who served as Chairman of Petroleum Trust Fund, PTF, during Abacha’s era had displayed mood swings from outright denial of the Abacha loot, to doubts, then admittance in the face of facts and now outright downgrade of the volume of funds stolen.

ASCAB recalled that following the death of Abacha in 1998 the Federal Government had asked Switzerland to assist in recovering $2.2b as part of the Abacha’s funds kept in European Banks.

It added that some $300 dollars were returned from the United States recently while reminding the Buhari on the controversial missing $500m of Abacha’s loot.

These, the group said, were apart from the late dictator’s stolen assets and  holdings in Nigeria.

ASCAB said in 2012, police in Kano recovered a stash of gold and diamond jewelry worth some 70,000 pounds from a criminal gang that had targeted a home of the country’s most notorious former dictator while his wife was once alleged to have attempted fleeing the country with 33 stuffed suit cases, apart from the $5m Peace Foundation set up by the family of the late dictator as an image laundering cartel in the last year of the regime.

“With all these records and many more, it is astonishing how President Buhari can be telling the whole world that Abacha stole a fifth of what he actually looted. It creates doubts about the capacity of the current regime to decisively fight and subdue corruption which is necessary to cut waste at a period COVID-19 is eating the economic fabric of every country,” the group said. 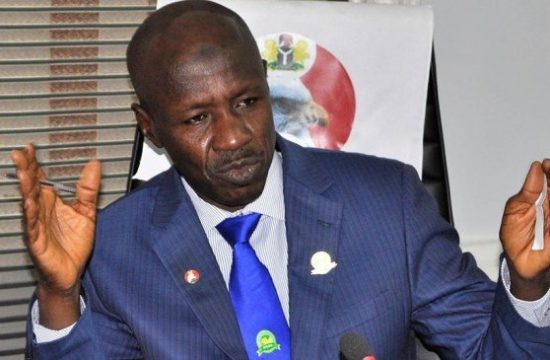 How to avoid wrath of…