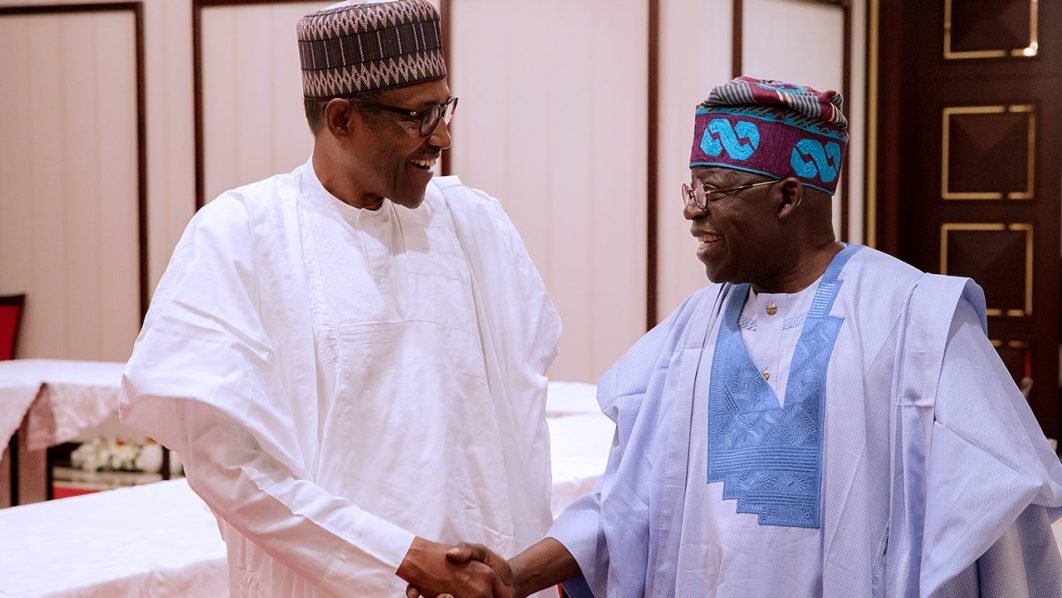 President Muhammadu Buhari and the national leader of the All Progressives Congress, APC, Asiwaju Bola Tinubu, on Friday met behind closed doors.

It was the second time they met within one week.

They first was on Wednesday after which Tinubu declared that no amount of strategy that might be adopted by the presidential candidate of the Peoples Democratic Party, PDP, former Vice President, Atiku Abubakar, would make Nigerians vote for the PDP.

He said Nigeria would no longer be deceived to vote for the party which he accused of plunging the country into economic woes in its 16 years of rule.

He also defended the National Chairman of the APC, Adams Oshiomhole, who was accused of injustice in the recently held primaries of the party.