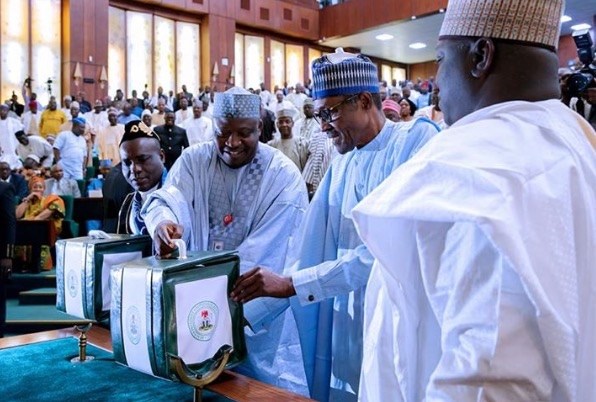 President Muhammadu Buhari will present the 2019 Budget proposal to the National Assembly on Wednesday next week.

The document will be presented to the joint session of the House as it has been the tradition.

The announcement was made on Thursday by the Speaker of the House of Representatives, Yakubu Dogara, when he read a letter sent to the National Assembly to that effect by the president.

“May I crave the kind indulgence of the House of Representatives to grant me the slot of 11 hours on Wednesday, 19th December, 2018 to formally present the 2019 appropriation bill in a joint session and lay before the NASS the 2019 budget proposal,” the letter reads.

It would be recalled that the budget was approved on Friday by the Federal Executive Council, FEC, at its special session.

However, in view of the importance of the need to approve the budget, it held a special one on Friday to conclude work on it.

Briefing journalists shortly after the FEC meeting, the Minister of Budget and National Planning, Udoma Udo  Udoma, said the council would discuss with the National Assembly to determine a convenient date for the presentation.

He however did not give details of the budget, saying only the president could do that.