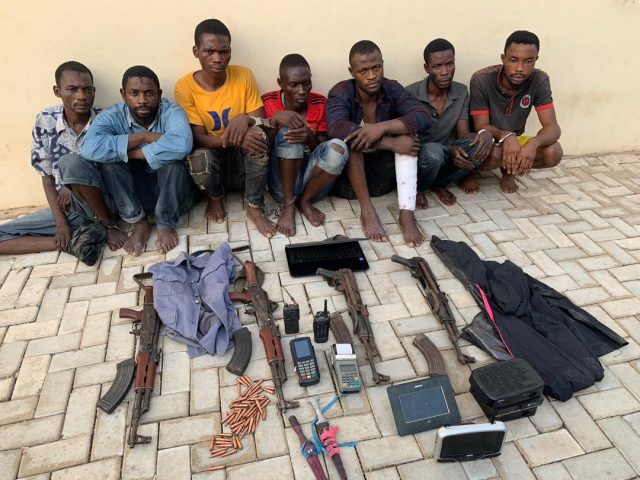 The Nigeria Police Force has said that it will soon arraign the deadly commander of the terrorist group, Boko Haram, Umar Abdulmalik, and seven other members responsible for the Nyanya and Kuje bombings in 2015.

They were also said to be responsible for the killing of seven Police Officers in Galadimawa Roundabout on July 2 among other criminal activities.

In a statement issued by the spokesman of the Nigeria Police Force, Mr. Jimoh Moshood, the men would be arraigned upon completion of investigation.

The men were also said to be responsible for the killings of two other Police Officers around Abaji in June and one Police Officer in Lugbe, Abuja in November.

Other atrocities said to have been carried out by the gang included the attack and jail break at the Medium Security Prison, Minna, Niger State in June.

According to him, no fewer than 219 prisoners serving jail terms for capital offences and other crimes were freed by the gang in the jail break.

Moshood stated that Abdulmalik was arrested by the IGP Intelligence Response Team on December 20 at Ibafo area of Lagos State.

He was said to be receiving treatment from the bullet wound he sustained during exchange of fire with the police on November 26 in Abuja when he was caught.

He said like Abdulmalik, others have confessed to being involved in the crimes.

Said Moshood:  “The suspects further admitted that Abdulmalik is the owner of the Improvised Explosive Devices (IED) factory discovered by the police in Gauraka Village, near Suleja, Niger in 2015…

“All the suspects confessed to the crime and admitted to their various criminal roles they played in the commission of the crimes.”