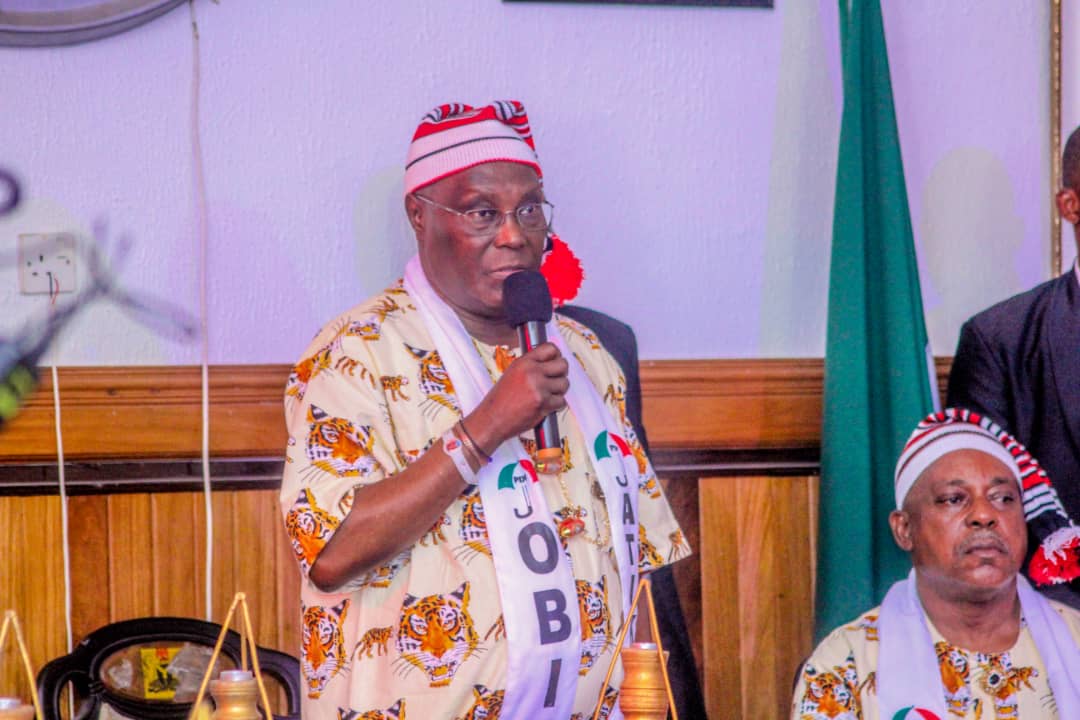 The presidential candidate of the Peoples Democratic Party, PDP, Alhaji Atiku Abubakar, has emphasised the need to create jobs in order to solve the problem of unemployment in the country.

He said if voted in as the president of the country in the coming election, he would make use of the opportunity that abound in the small and medium enterprises to create job.

Atiku who spoke at Umuahia Township Stadium on Saturday said he would make Abia State the hub for small businesses in Nigeria.

His words:  “I am going to work with your governor to make sure we create millions of jobs for SMEs. Aba is the headquarters in the whole of Nigeria.

“We will create that hub and make sure Aba serves the rest of Nigeria. By doing that, we are going to create millions of jobs for our young men.”

He called on the people to vote wisely, saying that the coming election would determine the future of the country.

Also speaking during the rally, the National Chairman of PDP, Prince Uche Secondus, emphasised the need for a free and fair election.

He said the people of the state should be ready to protect their votes while calling on security agencies to ensure adequate security.