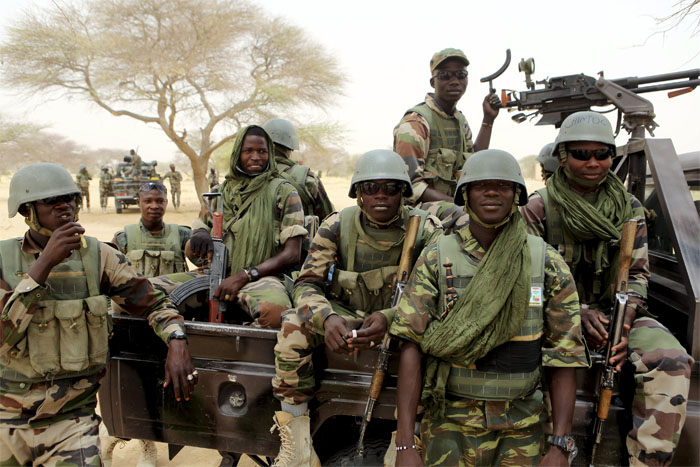 A fresh attack by the terrorists group, Boko Haram, was repelled by the troops of the Nigerian Army on Tuesday in Cross, Kukawa local government area of Borno State.

The attack was repelled by the troops of the 157 Strike Force Battalion at about 8.00 p.m.

The disclosure was made by the Nigerian Army on its facebook page.

The attack came even as the nation is yet to get over the attack in Metele that led to the death of over 100 soldiers.

Worried by the disaster, the House of Representatives on Tuesday resolved to probe the attack.

Already, it has set up an ad-hoc committee to uncover the lapses that led to the killing of the soldiers.

The legislators took turn to contribute to the debate with many condemning the attack.

The House gave the committee the assignment of making known, the circumstances that led to the killing of the soldiers.

The committee was also directed to probe how the money meant for the prosecution of the war against insurgency was spent.