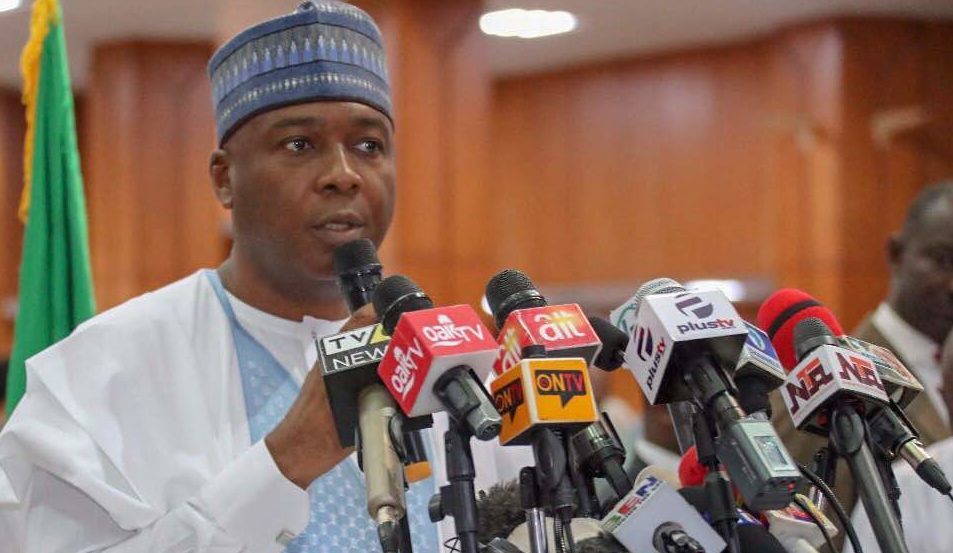 The President of the Senate, Dr. Bukola Saraki, has described as irresponsible, the mockery by the All Progressives Congress, APC, of his failure to win the presidential ticket of the Peoples Democratic Party, PDP.

Saraki was one of the twelve aspirants who contested for the presidential ticket of the PDP at the national convention held on Saturday in Port Harcourt, Rivers State.

He was however beaten to the third place at the election which was won by former Vice President, Atiku Abubakar.

But in a statement issued by the Acting National Publicity Secretary of the APC, Mr. Yekini Nabena, the ruling party mocked Saraki over his fate at the primary of his party.

It would be recalled that Saraki left the APC for PDP obviously because of his presidential ambition.

In the statement, APC said it was the end of the road for Saraki in his bid to clinch the presidential ticket of PDP.

“The disappointing performance of Sen. Bukola Saraki at the presidential election convention of the PDP is a befitting end to the ambition of a greedy, untrustworthy and double-dealing politician.

“With a miserly 317 votes, behind Aminu Tambuwal’s 693 votes and Atiku Abubakar’s 1532 votes, the PDP delegates have given clear indication that they are fed up with Saraki’s political style. When a leader cannot be trusted, cannot be relied upon, and cannot keep agreements, the people take due cognisance and records of these actions and respond with their votes at the appropriate time,” said APC in the statement by Nabena.

But in his reaction as contained in a statement issued by his media aide, Yusuph Olaniyonu, on Tuesday, Saraki said APC should focus on its internal problems than what happened to Saraki and the PDP.

He said it had become obvious that the APC was often embittered about Saraki-related issues.

“We have noted the irresponsible statement issued by the APC spokesman, Yekinni Nabena. We know that he and the leadership of the APC are always incensed and disturbed at the mere hearing of the name, Saraki. It is also notable that Nabena and the APC are always concerned about the developments in the opposition party, the PDP,” Saraki said.

He stated further that “with the ‘civil war’ that Adams Oshiomhole and Yekinni Nabena have ignited in the APC and the very low level that they have dragged the party, in such manner that the ruling party is wallowing in confusion and disorganisation, they have too much to pre-occupy them than to be poking their noses in what happens to Saraki or the PDP.”