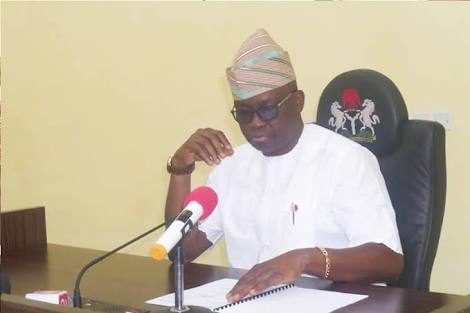 The Governor of Ekiti State, Ayodele Fayose, has threatened to quit the leading opposition party, the Peoples Democratic Party, PDP.

Fayose’s threat followed the emergence of former Vice President Atiku Abubakar as the presidential candidate of the party at the national convention held in Port Harcourt on Saturday.

Fayose ’s choice for the position, Sokoto State Governor, Aminu Tambuwal, came a distant second in the contest that led to the emergence of Atiku.

Atiku emerged the winner of the election with 1,532 votes while Tambuwal polled 693 votes.

He, however, said consultations were going on and that would determine his next line of action.

The remarks are contained in a statement issued by the governor on Monday.

His words:  “We have no regret aligning with Governor Wike to support Governor Tambuwal for the presidential ticket and no apologies either.

“We kept the party alive and strong when most men became ladies. We never compromised. If any group feels it can do it alone, we will see how far they can go.

“I may renounce my membership of the party if the need arises. In the main time, myself and others will continue with our consultations while watching the turn of event.

“We cannot but appreciate leaders that have intervened so far, but this release became necessary to avoid fresh crisis or misrepresentation.”