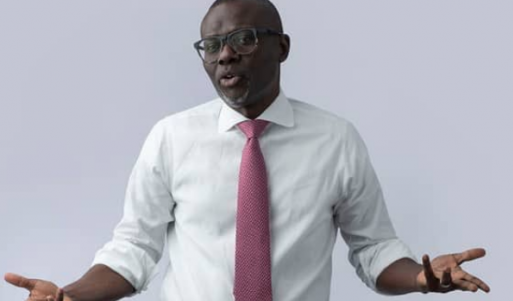 Governor Akinwunmi Ambode must have been overwhelmed by the tension and anxiety of the moment to descend into a low conduct of character assassination, Babajide Sanwo-Olu, has declared.

Sanwo-Olu is contesting for the governorship ticket of the All Progressives Congress, APC, in Lagos State.

He is the only one challenging Ambode and has apparently won the support of majority of members of the party.

He is above all supported by the APC national leader, Asiwaju Bola Tinubu against Ambode.

Fighting dirty on Sunday, Ambode had, at a press conference held at Alausa, Ikeja, Lagos, described Sanwo-Olu as unfit.

Specifically, he stated that he had undergone rehabilitation at Gbagada General Hospital over his mental status.

He said he had also been arrested at the United States for allegedly spending fake dollars at a night club.

But responding to the accusations, Sanwo-Olu said it was unfortunate that Ambode descended so low, speaking ill of him.

“I felt sad for Lagos as I watched the press conference by Governor Akinwunmi Ambode. Many things he said were beneath the dignity of our people and the exalted office he now holds. Perhaps the tension and anxiety of the moment got the better of him. If given a chance at cooler reflection of what he said, I am sure he would regret his descent into such low conduct.

“In this vein, I forgive him and hope he regains his balance and proper comportment no matter the outcome of tomorrow’s contest. After all, we are both here to improve Lagos not to wrestle in its streets.”

Sanwo-Olu denied the allegations made against him by Ambode.

His words:  “I must clear up some inaccuracies in the governor’s statement. His allegation that I was arrested for spending fake dollars at a night club in the United States is untrue. For avoidance of doubt, let it be stated that I never received any treatment whatsoever at the Gbagada general hospital.”

He said rather than engage in any battle with Ambode, he would concentrate on finding solutions to the different problems confronting Lagos State.

He stated further:  “Lagosians are intelligent and brave. They can see through the smoke and the fog. I am here not to tear my opponent down but to help build Lagos up. With me, you will hear about progress on education, health, sanitation, proper tax levels, economic development, infrastructure, jobs, public services and other things that enhance the lives of people.”